S.A. man claims he was 'bullied' by Gold's Gym trainer, ordered to mop up his own sweat

CaptionCloseA Facebook review of a San Antonio Gold's Gym is going viral Friday after a customer claimed he was "bullied" and "belittled" by a trainer who asked him to mop up his own sweat on Thursday.Jesus Pastrana said in a Facebook post the... 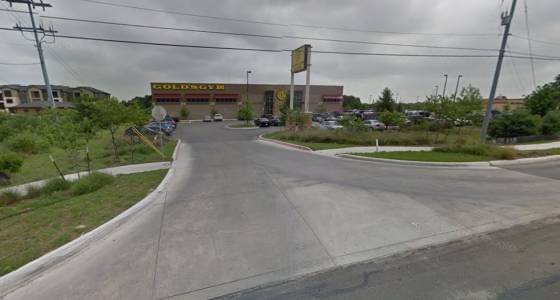 A Facebook review of a San Antonio Gold's Gym is going viral Friday after a customer claimed he was "bullied" and "belittled" by a trainer who asked him to mop up his own sweat on Thursday.

Jesus Pastrana said in a Facebook post the incident happened around 11 a.m. Thursday at the Legacy Trails gym in the 8000 block of State Highway 151.

He said he was using a treadmill and perspiring "a lot," when he claimed a trainer told him "I'm sorry sir but you're sweating a lot and it's really gross."

Pastrana described himself as person who has battled with weight for a while, and is a long-time customer of that location. He said he was "shocked" even further when the trainer asked him to complete his workout outside.

When he refused, he said, the employee handed him a mop to clean his sweat "because it's really gross."

"I was so embarrassed! Everyone from fellow gym members to gym staff watched as I was shamed to mop the equipment," Pastrana claimed in the post.  "As I mopped I remembered all those times people picked on me."

Vice President of Brand Communications Dave Reisman told mySA.com in an email that the company is investigating the situation and management is in touch with the member and the employee, but is working to gather more details.

RELATED: Best San Antonio gyms for your New Year resolutions, according to Yelp

The disgruntled customer penned the post about his experience later Thursday night. It has since garnered 700 shares and more than 400 comments in less than 24 hours. Most of the reaction is in support of Pastrana.

Some people said they called the location and were told by employees that the situation did happen, but it involved Pastrana wringing out his sweaty shirt onto the ground, which created a puddle.

Others vowed to help Pastrana hold the gym chain "accountable."

Pastrana has not returned requests for comment at this time.

I can't get past what happen this morning! I'd never expect to be a victim of bullying at my age! I feel so embarrassed...