CaptionCloseWASHINGTON (AP) — Twitter says some 3 million tweets were sent about President Donald Trump's speech to a joint session of Congress on Tuesday night.The numbers make it the most tweeted speech by a president to Congress in the relatively... 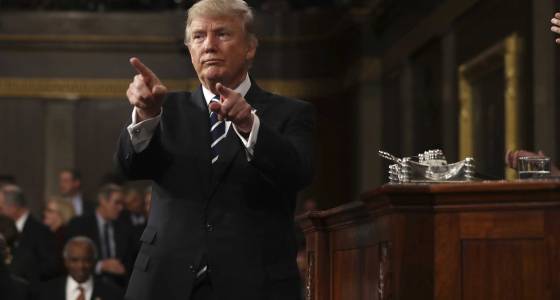 WASHINGTON (AP) — Twitter says some 3 million tweets were sent about President Donald Trump's speech to a joint session of Congress on Tuesday night.

The numbers make it the most tweeted speech by a president to Congress in the relatively short history of the platform. The previous mark was 2.6 million tweets.

The top tweeted moment was the Republican's call to repeal and replace the Affordable Care Act. That was followed by Trump's salute to Carryn Owens, the widow of Senior Chief William "Ryan" Owens, who was killed last month in Yemen.

Google says the top trending question users asked during the night was "who wrote Donald Trump's speech?" People also wanted to know how tall the president is and whether he's a Democrat or a Republican.