Famagusta 22°
clear sky
BUSINESS EDUCATION ENTERTAINMENT HEALTH POLITICS SCIENCE SPORTS TECHNOLOGY
06:57 Biden's focus on climate and families is trimmed to $2T plan
15:51 COVID-19 during pregnancy: Women regret not having the vaccine
03:35 US and Haiti demand release of 17 missionaries kidnapped by gang
16:24 It's risky business: Some Capitol Riot defendants give up lawyers
16:21 Kidnapping missionaries are being blamed on gangs with abducted past members
04:08 Officials label the fatal stabbing of a UK lawmaker terrorist act
00:00 The recalculation of unemployment benefit goes back to the Council of...
16:26 Jan. 6 panel sets vote on contempt charges against Bannon
00:00 Already survivor of a crash, an American fisherman survives after being...
13:59 As inflation rises, Social Security benefits get a big boost
BIST
1432.8
GOLD
528.29
USD
9.2130
GPB
12.7498
EUR
10.7426
Breaking News
A study shows that at 30 km/h we pollute more than at 50 km/h: Xavier Bertrand's misinterpretation
Close

The president of a Charlotte brokerage firm faces a possible industry ban for allegedly giving false testimony about required branch inspections, according to a regulatory decision disclosed last week. The March 3 order came after the Financial Industry Regulatory... 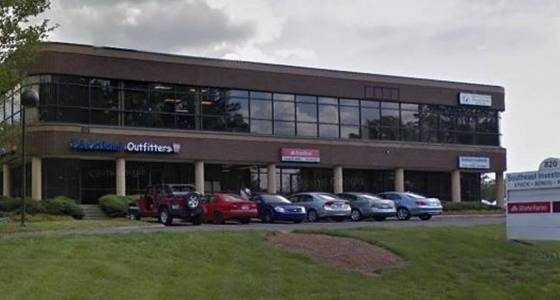 The president of a Charlotte brokerage firm faces a possible industry ban for allegedly giving false testimony about required branch inspections, according to a regulatory decision disclosed last week.

Black and Southeast also failed to ensure that business-related emails were preserved, the order from a FINRA panel states.

After holding a hearing in Charlotte in September, the panel determined that Black should be barred from associating with any FINRA-member firm in any capacity. It also fined Charlotte-based Southeast Investments a total of $243,000.

Black and Southeast Investments have denied all of the allegations, contending they performed all required branch inspections and that the firm’s system for retaining emails was suitable, according to the order.

In a brief interview Wednesday, Black said he plans to appeal the decision. “This is just a step in the process,” he said.

According to the order, Black entered the securities industry in 1971 and formed Southeast Investments in 1997. As of 2015, the firm had 33 registered branch offices and about 133 registered representatives, who are independent contractors located around the country. Many of the brokers maintain their offices at their homes, according to the order.

The case stemmed from FINRA examinations dating to 2012, according to the order.

The order says that if the panel’s decision becomes final, Black’s bar from the industry would begin immediately.