SAN MATEO, CALIF.—There are plenty of people who are skeptical about virtual reality, a technology some have heralded as the biggest thing to come along in years in games and entertainment.Even Andrew House, global chief executive of Sony Interactive... 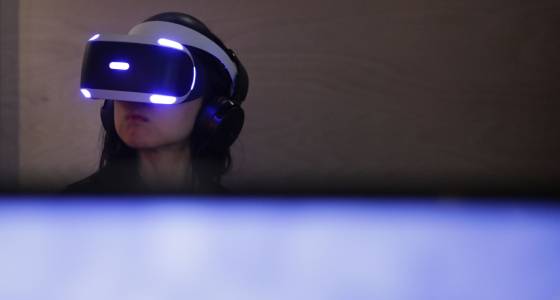 SAN MATEO, CALIF.—There are plenty of people who are skeptical about virtual reality, a technology some have heralded as the biggest thing to come along in years in games and entertainment.

Even Andrew House, global chief executive of Sony Interactive Entertainment, the video-game division of the Japanese electronics giant, had doubts about how quickly virtual reality would be embraced by the mass market. So when Sony needed to decide how many of a new virtual reality headset to manufacture, House was among those inside the company advising that Sony make fewer of them.

“It’s the classic case in any organization — the guys who are on the front end in sales are getting very excited, very hyped up,” House said. “You have to temper that with other voices inside the company, myself among them, saying let’s just be a little bit careful.”

With PlayStation VR, Sony brings virtual reality to the mainstream

A 3D virtual reality experience you can afford

It turns out House was too cautious. The headset, PlayStation VR, has been scarce in many stores, especially in Japan, since it went on sale in October. In an interview at his Silicon Valley office on Friday, House revealed PlayStation VR’s sales for the first time, saying consumers had purchased 915,000 of the headsets as of Feb. 19, roughly four months after it went on sale.

Sony’s internal goal was to sell one million of the headsets in its first six months, by mid-April. The company will almost certainly surpass that forecast.

“You literally have people lining up outside stores when they know stock is being replenished,” House said, describing the scene in Japan, one of the largest games markets.

House said the supply of PlayStation VR headsets will improve by April. By fall, Sony expects to begin selling them in Latin America.

The sales figure is a positive sign for virtual reality and probably establishes Sony as the leader in the premium side of the market — headsets connected to PCs and game consoles that provide more immersive experiences than are currently possible through inexpensive headsets that use smartphones for visuals.

Sony’s primary competitors, Facebook’s Oculus and HTC’s Vive, have not disclosed sales of their premium headsets. One research firm, SuperData Research, estimates there were 243,000 Oculus Rift headsets and 420,000 HTC Vive headsets sold by the end of last year.

In contrast, during its first three months on the market in 2007, Apple sold nearly 1.4 million iPhones; a feat now considered among the most successful technology products of all time.

The current generation of virtual-reality headsets arrived on the market last year with a flurry of hype. Demonstrations thrilled people throughout the industry — many have been waiting for virtual reality to jump out of the pages of science fiction. Facebook’s $2-billion acquisition of Oculus in 2014 set off a wave of investment in the sector.

In recent months, a more sober tone has descended over virtual reality. Oculus executives have sought to shift the conversation from first-year sales to the technology’s long-term potential. During a recent court appearance, Mark Zuckerberg, Facebook’s chief executive, said the company would probably need to invest more than $3 billion over a decade to reach an audience of hundreds of millions of people with virtual reality.

Among the other challenges facing the technology are high prices for virtual-reality equipment, limited high-quality content and thorny side effects, such as motion sickness.

Sony enjoyed advantages as it entered the market because its headset is sold as an add-on to its game console, the PlayStation 4, of which more than 53 million had been sold by the start of January. The headset sells for $400 — or $500 with a set of virtual-reality hand controllers and a required camera — hundreds of dollars less than other premium products, which also require powerful PCs.