Galleries Videos CONTACT ADVERTISE
Famagusta 32°
few clouds
BUSINESS EDUCATION ENTERTAINMENT HEALTH POLITICS SCIENCE SPORTS TECHNOLOGY
12:08 Guide To Online Sports Betting: How To Choose A Sportsbook
08:28 What Are Some Reasons to Consult a Brain Injury Lawyer?
09:24 Blockchain Solutions for Enterprises: How To Increase Efficiency And Profitability
07:06 How To Deal With A Car Crash In New York
17:43 Tips to keep in mind while choosing the casino site
11:34 Relation Between Employee Theft and Pre-employment Screening Check
04:37 Search your own desired site to play sports for betting
18:00 Top 3 Career Path Options for Business Analysts Preview
15:35 The history of Imen Jane, who is the influencer and the charges on the...
18:48 Sebastian Vettel's Greatest Races
BIST
1124
GOLD
474.436
USD
7.8310
GPB
10.0795
EUR
9.1418
Breaking News
Top 3 Career Path Options for Business Analysts Preview
Close

Crude oil prices rose on Wednesday as the dollar trimmed gains and a speech by U.S. President Donald Trump offered little on plans by his administration to boost U.S. oil production. Continue Reading Below The market is being underpinned by OPEC's production... 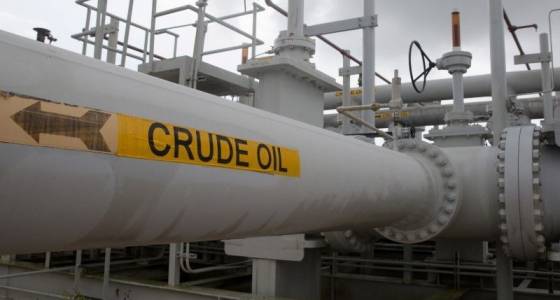 Crude oil prices rose on Wednesday as the dollar trimmed gains and a speech by U.S. President Donald Trump offered little on plans by his administration to boost U.S. oil production.

The market is being underpinned by OPEC's production cuts while rising U.S. shale oil output is keeping a lid on prices.

Market participants had been expecting President Trump to include details on energy policy in a speech to the U.S. Congress but his remarks lacked any specifics.

"With oil you are going to see prices move higher into London session just because no news is good news. If Trump had announced de-regulations of some of the environment protections to make it easier to pump more oil, that might have put pressure on WTI," said Jeffrey Halley, senior market analyst at futures brokerage OANDA in Singapore.

"Now all the attention is around to EIA's crude inventories data tonight."

U.S. stock futures and the dollar trimmed their gains on Wednesday as Trump promised immigration and tax reforms in a speech that contained few specifics or surprises.

On the fundamental front, U.S. crude stockpiles have risen for seven straight weeks. Forecasts for another build last week, this time of 3.1 million barrels, have fueled worries that demand growth may not be sufficient to soak up the global crude oil glut.

U.S. stockpiles rose 2.5 million barrels in the week to Feb. 24, according to a report from trade group the American Petroleum Institute. Gasoline stockpiles rose unexpectedly and distillate stockpiles fell more than expected, the API said. Crude declined slightly on the report.

The official report from the U.S. Energy Information Administration is due at 1530 GMT on Wednesday.

The Organization of the Petroleum Exporting Countries (OPEC) has cut its oil output for a second month in February, a Reuters survey found on Tuesday, showing the exporter group has boosted already strong compliance with its supply curbs on the back of a steep reduction by Saudi Arabia.

Brent oil looks neutral in a range of $55.93 to $57.26 per barrel, and an escape could suggest a direction, said Wang Tao, a Reuters market analyst for commodities and energy technicals.