Nordstrom Inc., coping with the Ivanka Trump controversy and a persistent department-store slump, is turning to cost cuts and e-commerce to keep investors happy.The stock rose the most in more than three months after Nordstrom posted profit of $1.37 (U.S.)... 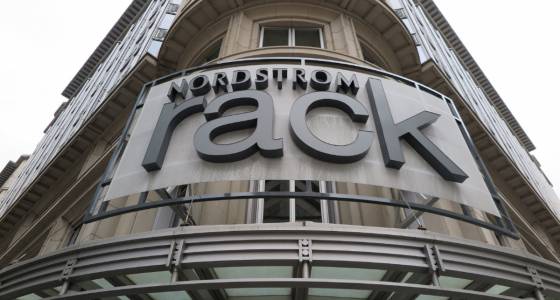 Nordstrom Inc., coping with the Ivanka Trump controversy and a persistent department-store slump, is turning to cost cuts and e-commerce to keep investors happy.

The stock rose the most in more than three months after Nordstrom posted profit of $1.37 (U.S.) a share last quarter, excluding some items. That was well ahead of the $1.15 estimated by analysts, despite slower sales in the period.

The results signaled that Nordstrom is making faster progress streamlining its operations than expected. The Seattle-based retailer faces an industrywide decline, which also has hurt Macy’s Inc. and J.C. Penney Co., prompting Nordstrom to scale back capital spending and reduce inventory.

The company is coming off a highly public split with Ivanka Trump’s brand, which prompted criticism from the president himself. Donald Trump upbraided Nordstrom for dropping the first daughter’s products, saying the company had treated her unfairly.

But Nordstrom said it had a good relationship with Ivanka Trump’s business and that the decision was made purely due to declining sales. Investors brushed off the incident, sending the shares up 4.1 per cent when it happened earlier this month.

The company said on Thursday that there was no discernible impact from Trump’s tweet.

Nordstrom, the largest upscale department-store chain in the U.S., also is trying to boost sales by adding new brands and offering curb-side pickup and other services to customers. Last year, the company added a J. Crew assortment to its website and some stores. To offset declining foot traffic in malls, Nordstrom is investing in e-commerce and off-price offerings.

Nordstrom’s website now accounts for 25 per cent of full-price sales, up from 20 per cent. The company also benefited from a legal settlement of $22 million.

The company expects sales to be flat this year on that basis. And earnings are forecast to be $2.75 to $3 a share, excluding some items, a bit shy of the $3.06 predicted by analysts.