Dubai:Dubai Police on Wednesday unveiled a new radar to catch motorists who abruptly cut in front of other drivers.Major-General Mohammad Saif Al Zafein, Assistant to the Dubai Police Chief for Operations Affairs, said the new radars are mostly located at... 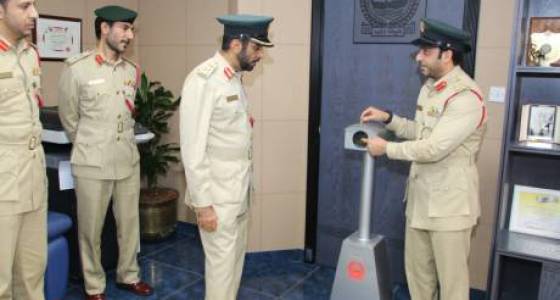 Dubai Police on Wednesday unveiled a new radar to catch motorists who abruptly cut in front of other drivers.

Major-General Mohammad Saif Al Zafein, Assistant to the Dubai Police Chief for Operations Affairs, said the new radars are mostly located at exits, intersections and turns where motorists illegally try to cut in, bypassing long lines of traffic. He said the radars can catch a queue jumper from over 1,000 meters.

“The radar will monitor roads and automatically fine any car that is not abiding by lane discipline and jumping lanes. It will tackle reckless drivers and stop this dangerous act,” Major General Al Zafein said.

The camera will first send the violation report with high-resolution pictures to an officer at the operations room, who will double-check the accuracy of the incident and approve the fine.

The camera has a video-analytics feature to analyse the vehicle’s movement.

“We will use this radar during rush hours as many motorists jump queues and breach traffic regulations. Many drivers insist to cut inside a queue without right and they endanger the safety of others.”

Dubai Police said the new radar was installed on Rebat street on trial basis and it recorded 3,000 offences within a week.

The fine for not abiding by lane discipline is Dh200 and two black points.

“The new radar will help reduce traffic jams on exits and intersections and will reduce deaths on the roads as part of Dubai Police strategy until 2020 to have zero death on the roads,” Major General Al Zafien said.