On an elaborate set in Southern California, just hours from Netflix Inc.’s headquarters, mixed martial artist Anderson Silva and comedian Rafinha Bastos cheer as two fellow Brazilians race into a cavernous structure to take on a series of obstacles.Moments... 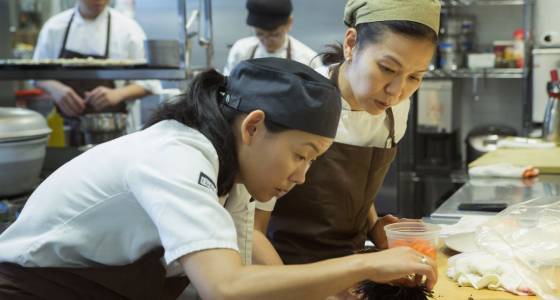 On an elaborate set in Southern California, just hours from Netflix Inc.’s headquarters, mixed martial artist Anderson Silva and comedian Rafinha Bastos cheer as two fellow Brazilians race into a cavernous structure to take on a series of obstacles.

Welcome to Ultimate Beastmaster, Netflix’s big foray into reality programming. With 12 hosts, 108 contestants and six different versions tailored for audiences around the world, the show, which debuted Friday, is an attempt to re-engineer the way unscripted programs are produced for global audiences. Chief executive officer Reed Hastings is expected to discuss the company’s international aspirations Monday when he speaks to the Mobile World Congress in Barcelona.

Successful reality-TV producers have relied on a simple formula for years. Create a hit in one country and then peddle the format around the world. The model minimizes risk and can produce tremendous profit for owners of formats that get licensed everywhere.

“Generally you know if the show works before you remake it all around the world,” said Ben Silverman, a veteran TV producer whose reality-show credits include The Biggest Loser and The Restaurant. “That’s always been how the reality business worked.”

Yet Netflix, the world’s largest paid TV service, has no reason to make shows like anyone else. The Los Gatos, Calif.-based company will soon have more customers outside the U.S. than at home, and unlike other networks, Netflix releases its newest programs everywhere at once. Just as the online video service has disrupted so many other corners of the TV industry, it’s now targeting the genre that birthed the Kardashian empire.

“It’s a great opportunity to think about reality TV in a different way,” said Erik Barmack, who oversees the company’s production of international original shows. Netflix has made scripted series for Mexico, Brazil and France, and plans to release programs from 12 different regions this year.

It’s also good news for reality TV producers. Cable networks, which once demanded a plentiful supply of reality shows to fill hours of programming time, are focusing their budgets on high-quality scripted shows, in part to compete with Netflix itself. The Esquire Network, home of reality shows like Friday Night Tykes and Team Ninja Warrior, have been jettisoned from cable altogether. Producers are looking for online companies like Netflix, Google’s YouTube and Amazon to fill the void.

Amazon and YouTube have commissioned a few unscripted shows, and Hulu is expected to do so, too. Facebook Inc. just hired a former MTV executive to develop original programming for the world’s largest social network. Apple Inc. is funding a few series, including an adaptation of CBS’s popular “Carpool Karaoke” sketch and a competition show called Planet of the Apps, produced by Silverman.

Netflix has dabbled in unscripted programming, with the documentary series Chef’s Table, an ode to the world’s gastronomic geniuses, and the first season of talk show Chelsea. Those projects fell under the company’s documentary division, run by Lisa Nishimura.

The company has hired a number of executives from competitors, including Comcast Corp.’s NBCUniversal, to increase its output of reality shows, and plans to release about 20 unscripted shows this year, according to Ted Sarandos, chief content officer.

These executives are charged with bringing in a wide range of unscripted programming, from low-budget series made in a studio to more ambitious shows like Beastmaster. Netflix once relied almost exclusively on shows licensed from other companies to satisfy reality TV fans. Scripps Networks Interactive Inc., which supplied Food Network Star, Chopped and House Hunters, opted not to renew its deal with Netflix earlier this year, company executives said in November.

For Ultimate Beastmaster, Netflix tapped David Broome. He helped make The Biggest Loser and is a longtime acquaintance of Sarandos. Broome then lined up Sylvester Stallone as a producer.

Another topic on Netflix’s reality radar screen is cars, according to several people with knowledge of the matter. With the success of Amazon.com Inc.’s The Grand Tour, fronted by the former hosts of car-enthusiast show Top Gear, Netflix is in the market for its own — and will probably make multiple versions for different countries, according to the people, who asked not to be identified discussing internal plans.

Reality-TV producers will monitor the response to Ultimate Beastmaster, looking for signs of the future intentions of Netflix, which closely guards viewership data. If the company buys similar programs, Beastmaster will be judged a success.