CaptionCloseKATHMANDU, Nepal (AP) — Nepal made a pitch to foreign investors Thursday for help in developing its struggling economy as the Himalayan nation recovers from a devastating 2015 earthquake.The government hopes to attract at least $1 billion... 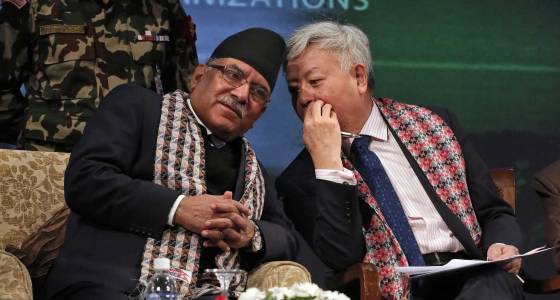 KATHMANDU, Nepal (AP) — Nepal made a pitch to foreign investors Thursday for help in developing its struggling economy as the Himalayan nation recovers from a devastating 2015 earthquake.

The government hopes to attract at least $1 billion in new foreign investment during the two-day conference in the capital, Kathmandu. Prime Minister Pushpa Kamal Dahal promised to foster a good business environment.

"We want to use all opportunities for economic development. I want to assure you the government is committed to creating that kind of conducive atmosphere," Dahal told the investors.

Jin Liqun of the China-based Asian Infrastructure Investment Bank said it would work with the government to promote social and economic development in the country, one of the poorest in the region.

Jin said the bank sent a team to consider investments in developing hydropower in Nepal.

A decade-long communist insurgency that ended in 2006 put development on hold and was followed by years of political instability. Nepal has had nine governments in the past 12 years.