Cargo traffic last month at Lehigh Valley International Airport more than doubled compared to January 2016, with 18.8 million pounds of deliveries passing through representing a 109 percent increase. That's coming off a year in which the Hanover Township,... 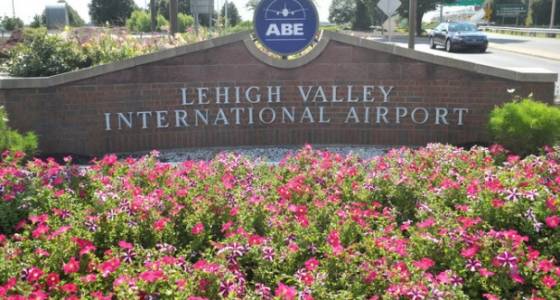 That's coming off a year in which the Hanover Township, Lehigh County, airport saw a 165.7 percent increase compared to 2015. The steep climb is due to three cargo companies flying routes for amazon.com since September 2015 in and out of LVIA.

The data over that period is too narrow to project future trends for cargo traffic, said Charles Everett executive director of the Lehigh-Northampton Airport Authority that owns and operates Lehigh Valley International.

But the authority wants to be ready, officials said at Tuesday's authority board of directors meeting, and it is moving to develop new warehouse and apron space to support the growing business.

Passenger traffic was about flat in January compared to January 2016, dropping by 55 passengers to 47,515 for the month, or 0.12 percent. Airport revenues for the month totaled $2.2 million, or 18.8 percent more than expected in the budget. Expenses ran 2.8 percent under budget, at $1.4 million.

Everett said he hopes to see construction underway within two years on a new 150,000-square-foot warehouse, estimated to cost $20 million, and on the apron -- basically parking for aircraft. A funding source is needed for the apron, which needs to consist of asphalt up to 48 inches deep to support the weight of Boeing 767s and other cargo aircraft, said Everett and authority board Chairman J. Michael Dowd. The airport now has parking for five cargo aircraft and is looking to double that.

The goal with the warehouse is to find a third party to build it and lease it to the authority, Everett said.

Airport authority officials continue to look to its properties as potential sources of revenue going forward.

Most significant are some 290 acres the authority bought east of LVIA with federal grants to mitigate aircraft noise, on what is known as the authority's flight-path tract. The authority is looking to hire the New York City-based commercial real estate company Cushman & Wakefield on an hourly basis to help guide the sale or lease of that land for commercial or industrial development, officials said.

The authority is also reviewing a proposal from Asbury, New Jersey-based J.G. Petrucci Co. Inc. and Griffin Industrial Realty, based in Connecticut, to lease 44 acres of the authority's Braden Airpark in Forks Township for development. The two companies returned the only proposal following a request for qualifications issued by the airport authority; proposals were due Feb. 15, and six companies had attended a pre-proposal meeting.

Everett said he could not discuss what the companies propose for Braden because it hasn't been reviewed in detail.

The authority board plans to review the flight path and Braden proposals within about two months.