Kanye West last week won a tiny battle in his legal fight against charges that his 2013 hit single, “New Slaves,” ripped off the work of a Hungarian rock star — but he still faces long odds of winning the war.A federal judge granted West’s request... 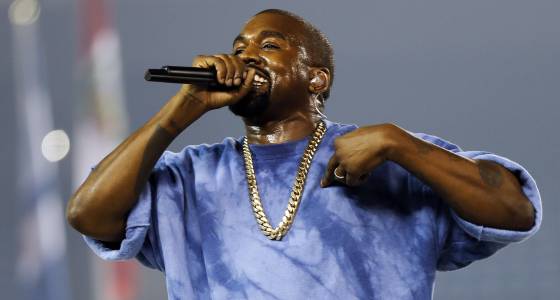 Kanye West last week won a tiny battle in his legal fight against charges that his 2013 hit single, “New Slaves,” ripped off the work of a Hungarian rock star — but he still faces long odds of winning the war.

A federal judge granted West’s request that lawyers for Gabor Presser depose him in Los Angeles and not in New York because the hip-hop superstar lives in California with his wife, Kim Kardashian, and their two children.

Indeed, West’s song samples 85 seconds of Presser’s hit — in what amounts to more than one-third of the single.

Without a composer’s permission, samplings of any length run afoul of copyright law — despite myths that samples of five seconds, or eight bars, are permissible.

The judge earlier had rejected West’s attempt to dismiss the suit and his attempt to have the entire case transferred out West. A May 15 trial date has been set.

In May 2013, five days after the hip-hop star kicked off a 66-city promotion campaign for the Yeezus album, which contains the hit single, a lawyer for West e-mailed Presser in Budapest to say his client “would like to work out a deal …” court papers claim.

“West’s attorneys were apparently concerned about the upcoming video projection performances” of “New Slaves,” it is alleged.

Although no deal was reached, West’s lawyers sent Presser a $10,000 advance and asserted it obligated the rock star to allow West to use the sampling, papers claim.

Presser, who has pocketed $700 in royalties, says he never took possession of the advance and never signed a license agreement — but continued to try and work out a deal.

When no deal was reached by last spring — and with Yeezus going platinum, with sales in excess of 500,000 units and West’s tour ringing up ticket sales of $35 million — Presser sued.