Ramallah: Parents in Occupied East Jerusalem are defiantly holding classes for their boys in front of a Palestinian school ordered to shut down by Israeli authorities which accused it of teaching ‘incitement’.On Thursday, the Israeli Education Ministry,... 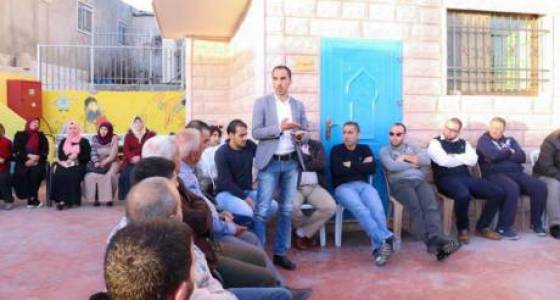 Ramallah: Parents in Occupied East Jerusalem are defiantly holding classes for their boys in front of a Palestinian school ordered to shut down by Israeli authorities which accused it of teaching ‘incitement’.

An appeal by the parents of the schoolchildren was rejected by the Israeli Higher Court of Justice on Sunday.

According to the Israeli Education Ministry, the school’s curriculum was found to be ‘undermining to Israeli security’.

It did not elaborate further.

Right-wing Education Minister Naftali Bennet warned that any school which teaches ‘incitement’ will be closed.

The school has 250 students from kindergarten through sixth grade.

The school’s principal, speaking to Gulf News, condemned the move.

Bakeerat was arrested for continuing school operations when Israeli authorities tried to close the school down a few weeks ago. He was later released.

For now, the parents of the students say they refuse to send their children to other schools in occupied East Jerusalem.

“This is not new for Palestinians in the occupied city. We are banned from entering our own holy site, Al Haram Al Sharif, but Palestinians still worship outside the shrine’s boundaries,” he said.

The families held protests in front of the school on Sunday and pledged to keep up their pressure until the decision is reversed.

Since Israel captured the eastern part of Jerusalem in the 1967 Mideast war, it has attempted to force Palestinian schools to adopt the Israeli curriculum.

In exchange, the Israeli regime promises to renovate existing facilities and furnish other facilities for occupied East Jerusalem schools.

Most recently, the occupation’s Jerusalem Affairs Ministry allocated a budget of $5m (Dh18.3 million) for schools which adopt the Israeli curriculum.

The move comes amid escalated Israeli attempts to extend its control over occupied East Jerusalem.

Palestinians say the regime wishes to erase all Palestinian and Muslim identity from the holy city.

He has since softened his statement and the White House said its ‘currently studying’ the move.