J.C.Penney’s will shutter a massive distribution facility in Buena Park and relocate the center to the Inland Empire, the company said Friday, along with news it would close up to 140 stores nationwide.In a press release, the company stated it was “in... 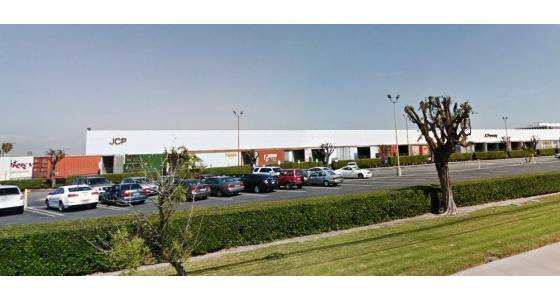 J.C.Penney’s will shutter a massive distribution facility in Buena Park and relocate the center to the Inland Empire, the company said Friday, along with news it would close up to 140 stores nationwide.

In a press release, the company stated it was “in the process of selling its supply chain facility in Buena Park in an effort to monetize a lucrative real estate asset.”

No details were provided regarding the number of employees who would be impacted by the looming closure.

The 1-million-square-foot, 24-acre compound at 6031 Orangethorpe Ave., was assessed at roughly $35 million last year, making it a valuable real estate asset for the troubled retailer. CoStar, a commercial real estate database, indicates the property is used as a “hub for J.C. Penney’s West Coast operations.”

“The driver here is selling industrial facilities in Southern California,” said Louis Tomaselli, a senior managing director at JLL. “They could sell this million-square foot DC (distribution center) that is 40 years old and pretty antiquated and sell it for over $130 million.”

Tomaselli echoed what is apparently happening with J.C.Penney’s planned move to the Inland Empire.

“They go sell a 40-year-old facility and then they lease a brand new facility ... a brand new, state-of-the-art facility, a huge truck court. And they pay current market rates, which are well below what it would cost to operate the Orange County facility at the price level it was worth.

“This is happening all over Southern California,” he said.

The company said it would provide a store closure list by mid-March. A company map of stores indicates there are 79 in California. A rough count in the four-county Southern California region amounted to 33 stores.

J.C.Penney’s store closures represent about 13 percent to 14 percent of the department store operator’s current store count, and less than 5 percent of total annual sales. The company said that it would also initiate a voluntary early retirement program for about 6,000 eligible employees.

The Plano, Texas-based chain posted a profit in the fourth-quarter compared to a loss a year ago. But total sales were down slightly, and a key revenue metric declined slightly as well.

Penney has been recovering from a catastrophic reinvention plan under former CEO Ron Johnson that sent sales and profits into a free-fall in 2012 and 2013. Business stabilized under Mike Ullman, who took the helm in 2013 after Johnson was pushed out. Under Marvin Ellison, who has been CEO since 2015, Penney is looking for new ways to increase sales while improving its e-commerce. But while annual sales still shrunk, what’s encouraging is Penney’s profit picture. Penney was able to pull in a $1 million profit for the full fiscal year, the first time it earned an annual profit since 2010.

Like other department stores, J.C. Penney is trying to adjust to changing shopping patterns, and is joining other department stores like Macy’s, which are shrinking their store footprint. Consumers are shifting their spending away from clothing and toward experiences like beauty treatments or toward furnishing their home. And when they do pick up clothing, it’s more often at off-price stores or online as Amazon moves more into apparel.

Penney managed to outperform some of its department store rivals, which released results this week. Kohl’s Corp. reported Wednesday a drop in fiscal fourth-quarter profit as total sales declined. Revenue at stores opened at least a year dropped 2.2 percent in the quarter. Nordstrom Inc., the department store recently scolded by President Donald Trump, reported late Wednesday a better-than-expected quarterly profit with help from strong sales online and at Nordstrom Rack. But at the Nordstrom brand, comparable store sales decreased 2.7 percent. Macy’s, the nation’s largest department store chain, says its earnings for the quarter that includes the holiday period dropped nearly 13 percent as results were dragged down by lower sales, store closures and other costs.

Given the environment, Penney wants to be less dependent on clothing, and is focusing its efforts on its home area and rolling out major appliances in it stores. It has expanded the Sephora beauty shops and is updating its beauty salons, now branded Salon by InStyle. It is also beefing up its store label brands like St. John’s Bay. In the fourth quarter, top performing areas included home, Sephora, its salon business and fine jewelry.

The company is aiming to be more competitive in the digital arena. Penney is arming its store associates with mobile devices to help check out online shoppers who are picking up orders in the store.

“With a slimmed down store portfolio, (J.C. Penney) will be able to focus on making its remaining stores more of a destination,” said Neil Saunders, managing director of retail research firm GlobalData Retail, in a report. “This is essential, as while progress has been made on categories like home, other departments still require attention.”

Penney’s Ellison said he understands that closing stores will affect the lives of its employees and that is why it decided to initiate a voluntary early retirement program. He says by coordinating the timing of these two events, he can expect to see a net increase in hiring, as the number of full-time workers expected to take advantage of the early retirement incentive will far exceed the number of full-time positions affected by the closures.

For the fiscal fourth quarter, J.C. Penney reported net income of $192 million, or 61 cents per share. Earnings, adjusted for one-time gains and costs, came to 64 cents per share.

The results exceeded Wall Street expectations. Analysts surveyed by Zacks Investment Research were calling for earnings of 61 cents per share.

Revenue totaled $3.96 billion in the period, down 0.9 percent from a year ago. Analysts polled by Zacks expected $3.97 billion in revenue.

Sales at stores opened at least a year, a key gauge of a retailer’s health, were down 0.7 percent. This figure excludes results from stores recently opened or closed.

Penney expects full-year earnings in a range of 40 cents to 65 cents per share.