J.C. Penney said Friday that it plans to shutter 130 to 140 stores in the next several months, adding to a wave of big-name store closures that together promise to leave gaping holes at U.S. shopping centers.Macy's recently began efforts to close 100 stores,... 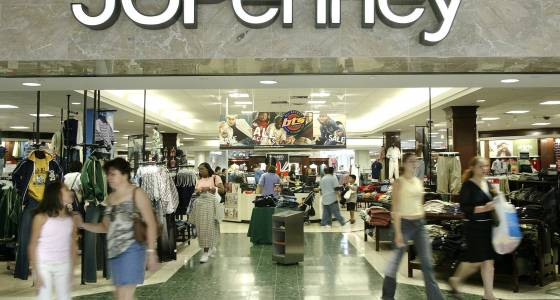 J.C. Penney said Friday that it plans to shutter 130 to 140 stores in the next several months, adding to a wave of big-name store closures that together promise to leave gaping holes at U.S. shopping centers.

Macy's recently began efforts to close 100 stores, and Sears announced in January that it is set to close about 150 locations. According to an analysis by real estate research firm CoStar, the closures by Macy's and Sears alone will empty 28 million square feet of real estate nationwide, setting up a major challenge for malls. They'll need to figure out how to draw foot traffic without these anchor stores, and it could be hard to find replacement tenants that want such a large footprint.

The moves by J.C. Penney and other department stores reflect a moment of reckoning for the retail industry: Many industry executives and analysts say that old-school chains are "overstored," meaning they have too many locations for an era when many shoppers are migrating online.

Marvin Ellison, J.C. Penney's chief executive, said in a statement that the company is slashing stores because "we believe we must take aggressive action to better align our retail operations for sustainable growth."

Ellison said that closing the stores will better allow the chain to focus on initiatives that it believes are key to its future: adding more appliance showrooms in its home department, expanding its highly successful Sephora shop-in-shops, and refreshing and growing its plus-size business.

The company is set to disclose in mid-March which locations it will shut down. J.C. Penney said the affected stores account for less than 5 percent of total sales, and it projects the closures will result in $200 million of annual cost savings.

It is not clear exactly how many jobs will be affected by the closures. The company says it will offer a voluntary early-retirement package to 6,000 employees. Ellison said the "number of full-time associates expected to take advantage of the early-retirement incentive will far exceed the number of full-time positions affected by the store closures."

In addition to getting rid of stores, J.C. Penney plans to close two distribution facilities.

The department store giant's latest quarterly results, also released Friday, show its struggle to connect with shoppers: Sales were down 0.7 percent at stores open more than a year. And yet the report also demonstrated that J.C. Penney, unlike department store rivals such as Macy's and Sears, has had improving momentum lately. The company managed to deliver a net profit in 2016, the first time it has done so since 2010.

Indeed, there were some encouraging signs: Its top-performing categories are ones that Ellison has been putting particular effort into, including the revamped hair salons and home departments as well as the millennial-friendly Sephora areas.

But Ellison said on a call with investors that the company stumbled in the quarter in part because of its execution of promotional offers, which he said didn't quite hit the mark because they weren't data-driven.

"We had way too much art and not enough science," Ellison said. "We took couponing to a level that was unhealthy, and we didn't advertise in a way that would drive traffic."

He stressed that J.C. Penney was not going to back away from promotions, a particularly sensitive subject for a chain that not too long ago appeared to be in a death spiral when a previous chief executive alienated customers by getting rid of promotional pricing.

Ellison was also frank about the company's need to revamp its struggling women's clothing business.

"We were slow to really adjust to some of the trend changes - I call it the casualization of America," Ellison said.

The company has been working to drastically cut its lead time on producing private-label clothing so it can more nimbly respond to trends. And it is leaning deeper into the "athleisure" trend, including by bringing Adidas women's apparel to 400 of its stores in time for the busy back-to-school shopping season.