SAN FRANCISCO—When new employees join Uber, they are asked to subscribe to 14 core company values, including making bold bets, being “obsessed” with the customer and “always be hustlin’.” The ride-hailing service... 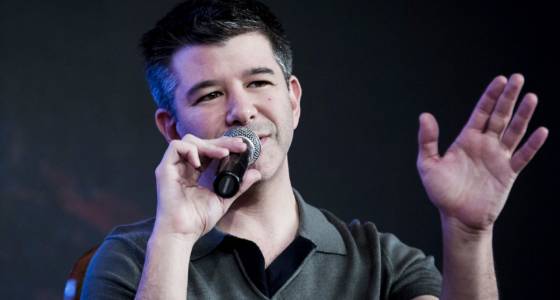 SAN FRANCISCO—When new employees join Uber, they are asked to subscribe to 14 core company values, including making bold bets, being “obsessed” with the customer and “always be hustlin’.” The ride-hailing service particularly emphasizes “meritocracy,” the idea that the best and brightest will rise to the top based on their efforts, even if it means stepping on toes to get there.

Those values have helped make Uber one of Silicon Valley’s biggest success stories. The company is valued at close to $70 billion by private investors and operates in more than 70 countries.

Yet the focus on pushing for the best result has also fuelled what current and former Uber employees describe as a Hobbesian environment at the company, in which workers are sometimes pitted against one another and where a blind eye is turned to infractions from top performers.

Interviews with more than 30 current and former Uber employees, as well as reviews of internal emails, chat logs and tape-recorded meetings, paint a picture of an often unrestrained workplace culture. Among the most egregious accusations from employees, who either witnessed or were subject to incidents and who asked to remain anonymous because of confidentiality agreements and fear of retaliation: One Uber manager groped female co-workers’ breasts at a company retreat in Las Vegas. A director shouted a homophobic slur at a subordinate during a heated confrontation in a meeting. Another manager threatened to beat an underperforming employee’s head in with a baseball bat.

Until this week, this culture was only whispered about in Silicon Valley. Then on Sunday, Susan Fowler, an engineer who left Uber in December, published a blog post about her time at the company. She detailed a history of discrimination and sexual harassment by her managers, which she said was shrugged off by Uber’s human resources department. Fowler said the culture was stoked — and even fostered — by those at the top of the company.

Her revelations have spurred hand-wringing over how unfriendly Silicon Valley workplaces can be to women and provoked an internal crisis at Uber. The company’s chief executive, Travis Kalanick, has opened an internal investigation into the accusations and has brought in board member Arianna Huffington and former attorney general Eric H. Holder Jr. to look into harassment issues and the human resources department.

To contain the fallout, Kalanick also began more disclosure. On Monday, he said that 15.1 per cent of Uber’s engineering, product management and scientist roles were filled by women and that those numbers had not changed substantively over the past year.

Kalanick also held a 90-minute all-hands meeting Tuesday, during which he and other executives were besieged with dozens of questions and pleas from employees who were aghast at — or strongly identified with — Fowler’s story and demanded change.

In what was described by five attendees as an emotional moment, and according to a video of the meeting reviewed by the New York Times, Kalanick apologized to employees for leading the company and the culture to this point.

“What I can promise you is that I will get better every day,” he said. “I can tell you that I am authentically and fully dedicated to getting to the bottom of this.”

“I am pleased with how quickly Travis has responded to this,” Aimee Lucido, an Uber software engineer, wrote in a blog post. “We are better situated to handle this sort of problem than we have ever been in the past.”

As chief executive, Kalanick has long set the tone for Uber. Under him, Uber has taken a pugnacious approach to business, flouting local laws and criticizing competitors in a race to expand as quickly as possible. Kalanick, 40, has made pointed displays of ego: In a GQ article in 2014, he referred to Uber as “Boob-er” because of how the company helped him attract women.

That tone has been echoed in Uber’s workplace. At least two former Uber workers said they had notified Thuan Pham, the company’s chief technical officer, of workplace harassment at the hands of managers and colleagues in 2016. One also emailed Kalanick.

Uber also faces at least three lawsuits in at least two countries from former employees alleging sexual harassment or verbal abuse at the hands of managers, according to legal documents reviewed by the Times. Other current and former employees said they were considering legal action against the company.

Liane Hornsey, Uber’s chief human resources officer, said in a statement, “We are totally committed to healing wounds of the past and building a better workplace culture for everyone.”

Uber’s aggressive culture began with its 2009 founding, when Kalanick and another founder, Garrett Camp, created a startup that would let customers hail a cab with little more than a few taps of their smartphone — bypassing many of the headaches people had with the taxi industry. Kalanick also started putting into place what eventually became Uber’s 14 core values, inspired by the leadership principles at one of the biggest public tech companies, Amazon.

To grow quickly, Uber kept its structure decentralized, emphasizing autonomy among regional offices. General managers are encouraged to “be themselves,” another of Uber’s core values, and are empowered to make decisions without intense supervision from the company’s San Francisco headquarters. The top priority: Achieve growth and revenue targets.

While Uber is now the dominant ride-hailing company in the United States, and is rapidly growing in South America, India and other countries, its explosive growth has come at a cost internally. As Uber hired more employees, its internal politics became more convoluted. Getting ahead, employees said, often involved undermining departmental leaders or colleagues.

Workers like Fowler who went to human resources with their problems said they were often left stranded. She and a half-dozen others said human resources often made excuses for top performers because of their ability to improve the health of the business. Occasionally, problematic managers who were the subject of numerous complaints were shuffled around different regions; firings were less common.

One group appeared immune to internal scrutiny, the current and former employees said. Members of the group, called the A-Team and composed of executives who were personally close to Kalanick, were shielded from much accountability over their actions.

One member of the A-Team was Emil Michael, senior vice-president for business, who was caught up in a public scandal over comments he made in 2014 about digging into the private lives of journalists who opposed the company. Kalanick defended Michael, saying he believed Michael could learn from his mistakes.

Uber’s aggressive workplace culture spilled out at a global all-hands meeting in late 2015 in Las Vegas, where the company hired Beyoncé to perform at the rooftop bar of the Palms Hotel. Between bouts of drinking and gambling, Uber employees used cocaine in the bathrooms at private parties, said three attendees, and a manager groped several female employees. (The manager was terminated within 12 hours.) One employee hijacked a private shuttle bus, filled it with friends and took it for a joy ride, the attendees said.

At the Las Vegas outing, Kalanick also held a company-wide lecture reviewing Uber’s 14 core values, the attendees said. During the lecture, Kalanick pulled onstage employees who he believed exemplified each of the values. One of those was Michael.

Since Fowler’s blog post, several Uber employees have said they are considering leaving the company. Some are waiting until their equity compensation from Uber, which is restricted stock units, is vested. Others said they had started sending resumés to competitors.

Still other employees said they were hopeful that Uber could change. Kalanick has promised to deliver a diversity report to better detail the number of women and minorities who work at Uber, and the company is holding listening sessions with employees.

At the Tuesday all-hands meeting, Huffington, the Uber board member, also vowed that the company would make another change. According to attendees and video of the meeting, Huffington said there would no longer be hiring of “brilliant jerks.”