IHeartMedia shares drop amid warning it may not survive another year

CaptionCloseThe shares of radio and billboard giant iHeartMedia Inc. have tumbled 27.3 percent since the company warned investors last Thursday that it may not survive over the next 10 months.The shares closed at $2.10 Monday.The San Antonio company’s... 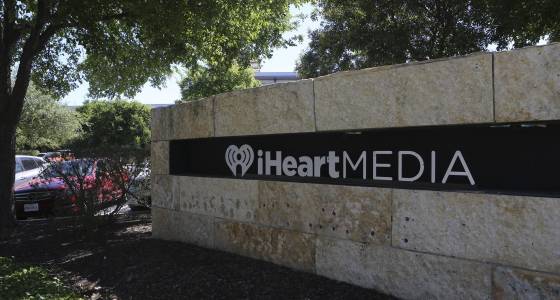 The shares of radio and billboard giant iHeartMedia Inc. have tumbled 27.3 percent since the company warned investors last Thursday that it may not survive over the next 10 months.

The San Antonio company’s stock, which reached an all-time high of $18.95 in 2008, has plunged under its crushing debt load — largely stemming from its acquisition that year by two Boston private equity firms.

Although the company said it will probably be able to survive by refinancing or extending the maturity on its more than $20 billion in outstanding bonds, it gave “no assurance” it would be able to do so, according to its proxy statement filed April 20 with the Securities and Exchange Commission.

If iHeart doesn’t generate enough cash, cannot refinance or extend the maturity on its debt or extend the maturity of its credit facility, “we may be forced to reduce or delay our business activities and capital expenditures, sell material assets, seek additional capital or be required to file for bankruptcy court protection,” the company said, adding that it could also default on its debt payments. “We cannot assure you that we would be able to accomplish any of these alternatives on a timely basis or on satisfactory terms, if at all.”

The company’s projected cash flow — without significant debt restructuring — won’t otherwise be enough to meet its obligations that come due Feb. 23, iHeart said.

The company has been scrambling to restructure its debt over the last six months. It was able to push out the maturities on roughly $750 million in bonds that were originally due earlier this year. But analysts said its future solvency remains uncertain and largely depends on a pending offer to exchange $14.6 billion of its bonds.

The pending debt-exchange offer basically extends key loans and debt due as early as 2019 by two years and, in some cases, offers up to 49 percent of the equity in Clear Channel Outdoor. IHeartMedia has not said how much of the debt has been exchanged so far, although it disclosed in its proxy statement that it hasn’t had any luck getting bondholders to modify the terms of its debt covenants.

“We have from time to time been engaged in discussions with some of the holders of our indebtedness regarding proposed modifications to the terms of that indebtedness and other changes to our capital structure, but those discussions have not resulted in any agreements to date,” the company said.

The company has $317 million in debt maturing this year, $324 million in 2018 and $8.4 billion due in 2019. As of March 31, iHeartMedia had $365 million in cash on hand, $201 million of which is held by its billboard subsidiary, Clear Channel Outdoor Holdings Inc., which is considered the best-performing unit of the company. iHeartMedia also owns more than 850 radio stations.

Analysts said they see the debt-exchange offer as an out-of-court bankruptcy settlement negotiation with lenders and bondholders before a possible formal bankruptcy filing.

“The company is just doing its due diligence and laying it out there,” said Seth Crystall, senior credit analyst for Debtwire, a corporate debt research firm based in New York. “But it (bankruptcy) is close to a reality,” Crystall added Monday.

The company will report first-quarter earnings on May 4, but investors and lenders are watching for results of the debt-exchange offer, which may be extended and new terms offered that are more favorable to lenders and bondholders.

A company can still operate “for a while” without filing bankruptcy, even if auditors issue doubts about a company’s ability to pay its near-term debt, Crystall said.

“They are not covering their interest and capital expenditures with internally generated funds. Their near-term debt maturities has become an increasing concern,” Cucinello said Monday.

The company is in aggressive negotiations with its lenders and bondholders, she said. “It’s unclear if the lenders are willing to negotiate with the offer on the table,” she added.

The proxy statement “is not new information,” Cucinello said. “As this year has gone by, there’s been a heightened awareness of the need for the company to refinance” the $330 million it used up on its revolving credit line that expires on Christmas Eve, she said.

The company’s annual shareholder meeting is scheduled May 26 in San Antonio.