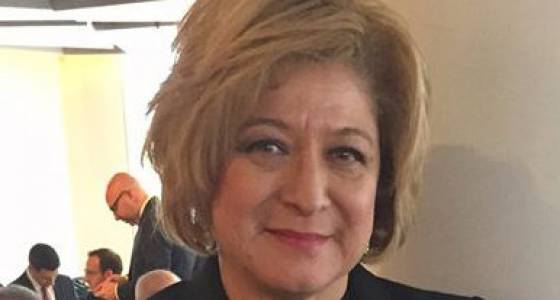 Maria Solorzano has been named the president and CEO of Liberty Savings Federal Credit Union. Courtesy of LSFCU

"I've been a part of the Liberty Savings team for what feels like a lifetime," Solorzano said. "Beginning as a filing clerk, right out of the Cooperative Education Program at Dickinson High School in Jersey City before being promoted to various roles over the years."

During her years at Liberty Savings, Solorzano worked in multiple departments, including the teller platform, back office functions and accounting. Upon graduation from Saint Peter's College in Jersey City, she was appointed as chief financial officer and vice president. During these years, Solorzano played a vital role on the LSFCU administrative team and was an active member and leader in the Hudson County community.

Meanwhile, Miller leaves his post after 37 years at Liberty Savings. In addition to his nearly four-decade run at the credit union, Miller has been a part of the Jersey City Rotary Club, the Boy Scouts of America and the Hudson County Chamber of Commerce. Miller graduated from both Saint Peter's College and Seton Hall University, where he completed his undergraduate and master's degrees, respectively.

"It is with mixed emotion that I've decided to move forward with my retirement," Miller said in a statement. "I've grown up in the credit union community and will greatly miss my colleagues, staff and the members but, I am quite confident that Maria [Solorzano] is going to lead with the strength and integrity that would have made our founders, my parents, William and Catherine Miller, extremely proud."