How to make your money last as long as you do

How long should you plan to live?No one can really know, of course. But the answer to that question may be the most critical factor in making a successful financial plan for retirement.Fewer baby boomer retirees — Americans born between 1946 and 1964 —... 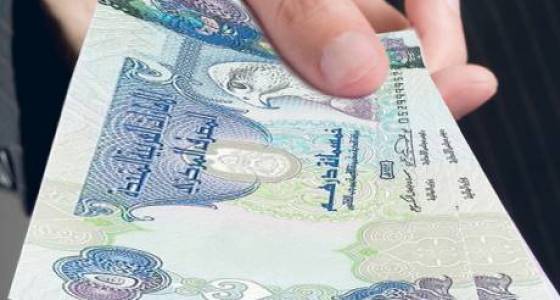 How long should you plan to live?

No one can really know, of course. But the answer to that question may be the most critical factor in making a successful financial plan for retirement.

Fewer baby boomer retirees — Americans born between 1946 and 1964 — have traditional pensions than their parents’ generation did, which means they will need to retire on income from Social Security and savings. At the same time, expected longevity for men and women at age 65 has jumped more than 10 per cent since 2000, according to the Society of Actuaries. Men who reach age 65 can be expected to live to an average age of 86.6, and women to 88.8.

And those figures are only averages, said Vickie Bajtelsmit, a professor of finance at Colorado State University whose research focuses on retirement and financial planning. Working with Social Security Administration mortality data, Bajtelsmit calculated that a 65-year-old man has a 20 per cent chance to live to 90, and the odds jump to 30 per cent if he is in better-than-average health.

Meanwhile, she concluded, 31 per cent of women who reach age 65 will make it to 90. And for those with better health, the figure is 42 per cent.

Those odds produce what experts call longevity risk, which is the danger of exhausting resources before the end of life. The risk is significant even for more affluent households, Bajtelsmit said.

“The problem is especially large for widows over age 85,” she said, because income typically falls by roughly one-third after the death of a spouse.

Some expenses also fall with only one person still alive, especially for food and medical care.

Yet 14.5 per cent of widowed women over age 65 live in poverty, according to Social Security Administration data; the figures are higher for divorced women (17.1 per cent) and those who never married (23.2 per cent).

Online longevity calculators offer one way to push past the averages. But Steve Vernon, an actuary and research scholar at the Stanford Centre on Longevity, cautions that it’s best to stick to calculators that rely only on inputs shown by research to be accurate predictors.

Actuarial professionals have collaborated to create one that he especially likes. The Actuaries Longevity Illustrator considers your age, gender, whether you smoke, and your own assessment of your general health. The resulting numbers show a range of possibilities. “You don’t want a calculator that just tells you that you can expect to live to 93,” Vernon said, adding: “The reality is you could go sooner or later.”

The most conservative retirement plan assumes that you will live to 100, Vernon said, but there are trade-offs if you take that approach. “Even though I may want my money to last a long time, I also might want to spend money in the early years of retirement, while I’m healthy enough to enjoy it,” he said. “It’s a very personal choice.”

An aggressive target also can paralyse people, Bajtelsmit said, adding: “If you make the target too hard, a lot of people will throw up their hands and say they can’t do it, and they won’t try at all.”

Start with a careful projection of non-discretionary expenses in retirement — food, medical care, utilities and transportation. Next, consider strategies that will allow you to cover these expenses from income sources with guaranteed lifetime payment streams, such as Social Security or a pension.

Next, consider ways that you could maximise your Social Security through a delayed benefit claim, said Joe Tomlinson, a financial planner and actuary based in Greenville, Maine, who has done extensive research on retirement planning. “I always recommend starting with Social Security,” he said. “It’s like buying an annuity but at a much better price.”

Social Security benefits are calculated using a formula called the primary insurance amount, or PIA. Although you can claim benefits as young as 62, by waiting until your full retirement age (currently 66), you’ll receive 100 per cent of PIA; every 12 months that you delay beyond that point, until age 70, tacks on an additional 8 per cent. And benefits are protected from inflation by the program’s annual cost-of-living adjustment.

Working longer can be an important related strategy. More years of wage income can help meet living expenses as you wait to claim Social Security.

But it also reduces the number of years you will need to spend drawing down your nest egg, and perhaps adds more years of saving. Even part-time work can make a big difference, Vernon said. “It’s a very effective strategy for people in their early 60s,” he added.

Tomlinson created a custom projection for The New York Times that illustrates the challenges of managing longevity risk with savings alone. A key finding: Even retirees with sizeable savings face significant risk of exhausting their accounts during their lifetimes. Relying on the so-called Monte Carlo method of risk simulation, which analyses thousands of possible outcomes, Tomlinson found that a hypothetical couple who had managed to amass $1 million (Dh3.67 million) in 401(k) and IRA accounts, and whose annual expenses for essentials would reach $70,000, faced a 47 per cent chance that their retirement plan would “fail” during their lifetimes, assuming they retired at age 65 and claimed Social Security benefits then.

Failure means a forced, sharp cut in living standards. Those whose plans fall into that unfortunate 47 per cent “will, on average, fall short of being able to pay for essentials by $168,000 over their lifetimes,” Tomlinson said. And that’s without considering any high-cost emergency expenses, like home repairs or uninsured medical costs.

Waiting until age 70 to claim Social Security brings the risk of failure down to 38 per cent. And, just as important, the magnitude of the corresponding lifetime shortfall is much smaller: $58,000.

Finally, Tomlinson added an immediate annuity into the mix. Say the couple spends $298,000 on a single-premium immediate annuity when they retire, and it pays them $12,000 annually. Here, the odds of plan failure fall to zero. “They will always have enough to cover essential living expenses, no matter how long they live or how badly their investments perform,” Tomlinson said.

Annuities come in many flavours, but Tomlinson and other experts who study longevity risk recommend sticking with the most basic types. A single-premium immediate annuity is a straightforward proposition: You plunk down a lump sum of cash and begin receiving payments immediately. Or, pay a much smaller premium for a deferred-income annuity, which begins payments at a future date.

Many retirement planning experts view income annuities as a sensible component to add to a retirement plan. The Obama administration tried to encourage their use in IRA and 401(k) plans by approving rules in 2015 for a new type of deferred-income annuity, called a qualified longevity annuity contract, which can be held in a retirement account but excludes its value from required minimum distributions.

Studies show that retirees worry they won’t get their “money’s worth” if they die before recouping their investment, and many are uncomfortable giving up control of savings.

“They can be difficult products to get comfortable with but make so much sense as a small portion of a well-diversified retirement portfolio,” he added.

Tomlinson is sceptical about deferred-income annuities, arguing that they expose buyers to excessive stock market risk while waiting for the payments to begin. “All you have to do is manage your portfolio well until you reach age 80 or 85,” he said. “But that is easier said than done.”

But retaining liquidity during retirement has its benefits. “There could be an investment shock or a long-term care need or high medical expense — even something as simple as a roof that needs to be replaced,” Bajtelsmit said. “It might not happen until you’re 80 or 85, but someplace along the line, something will happen.”