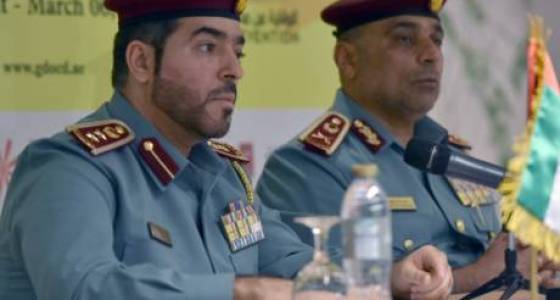 In fact, 54 per cent of all recorded fire accidents occurred in private villas and houses in the UAE that did not have fire safety systems and measures in place, said Major-General Jasem Mohammad Al Marzouqi, General Commander of Civil Defence at the Ministry of Interior.

“Most of the fire-related fatalities occur due to inhalation of toxic fumes emitted by highly flammable synthetic fibre and plastics, and we are very keen this year (2017) to bring down the rate of fire accidents in houses and villas,” Al Marzouqi said.

He was speaking at a press conference held on Tuesday to announce the UAE’s participation in World Civil Defence Day.

As reported by Gulf News last September (2016), the UAE recorded 0.023 deaths per 10,000 people between 2010-2014, which put it ahead of fire accident rate in many advanced countries like United States, United Kingdom and France.

Despite this, the Civil Defence announced a 2017-2021 strategy aimed at reducing fire incidents by 10 per cent and the fire death ratio per 10,000 people by 15 per cent.

“In 2018, the installation of smoke detectors will become mandatory in houses and villas across the UAE,” Al Marzouqi said.

“Last year, we launched a countrywide awareness campaign titled ‘Smoke detector is your home protector’ on the importance of installing smoke detectors to save people’s lives. We’re working very closely with the community to disseminate helpful information about fire protection measures,” he added.

‘World Civil Defence Day’ is celebrated every year around the world on March 1, and was also commemorated in the UAE in 2016.

This year, a month-long awareness campaign has kicked off from March 1 highlighting the importance of implementing fire prevention safety measures and installing smoke detectors in residential units.

On March 6, the Prevention Conference themed ‘Fire Prevention’ will be held in Abu Dhabi and will feature fire victims, who will share their tragic stories with the public to raise their awareness on fire prevention methods.

The event will also honour and pay tribute to the efforts, sacrifices and accomplishments of firefighters and Civil Defence servicemen.

— The writer is a journalist based in Abu Dhabi