Galleries Videos CONTACT ADVERTISE
Famagusta 23°
clear sky
BUSINESS EDUCATION ENTERTAINMENT HEALTH POLITICS SCIENCE SPORTS TECHNOLOGY
12:08 Guide To Online Sports Betting: How To Choose A Sportsbook
08:28 What Are Some Reasons to Consult a Brain Injury Lawyer?
09:24 Blockchain Solutions for Enterprises: How To Increase Efficiency And Profitability
07:06 How To Deal With A Car Crash In New York
17:43 Tips to keep in mind while choosing the casino site
11:34 Relation Between Employee Theft and Pre-employment Screening Check
04:37 Search your own desired site to play sports for betting
18:00 Top 3 Career Path Options for Business Analysts Preview
15:35 The history of Imen Jane, who is the influencer and the charges on the...
18:48 Sebastian Vettel's Greatest Races
BIST
1124
GOLD
459.599
USD
7.6460
GPB
9.7961
EUR
8.8844
Breaking News
Top 3 Career Path Options for Business Analysts Preview
Close

Home prices rise in December in Charlotte and beyond

Keeping pace with other major metropolitan markets, Charlotte home prices rose steadily in December, as potential buyers competed for a limited number of homes, according to a report released Tuesday.Nationally, the Standard & Poor’s CoreLogic Case-Shiller... 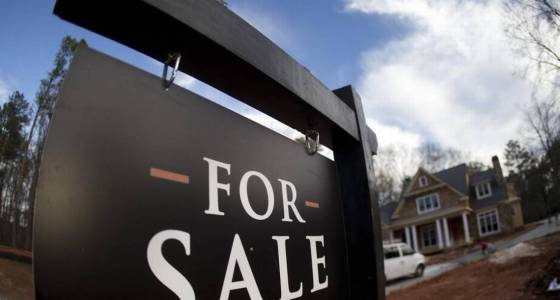 Keeping pace with other major metropolitan markets, Charlotte home prices rose steadily in December, as potential buyers competed for a limited number of homes, according to a report released Tuesday.

Charlotte mirrored the nation, with home prices rising 5.6 percent in December from a year earlier, according to the report.

“Nationally, our inventory is at an historically low point right now,” Roger Parham, president of the Charlotte Regional Realtor Association, which tracks sales of existing homes in the local housing market.

Rising home prices in Charlotte and beyond reflect increased demand for homes, as rising consumer confidence and a good job market encourages potential buyers to get off the fence and buy property.

Still, mortgage rates have risen since last fall, and with prices also increasing, homes are becoming less affordable. A measure of pending home sales declined in January, a sign that final sales may soon fall as well.

Several Western cities continued to see the fastest increases nationwide: Prices in Seattle jumped 10.8 percent in December from a year earlier, while they rose 10 percent in Portland and 8.9 percent in Denver.

The Case-Shiller index covers roughly half of U.S. homes. The index measures prices compared with those in January 2000 and creates a three-month moving average. The December figures are the latest available.