HHGregg said to prepare for bankruptcy as soon as next month

HHGregg Inc., the 61-year-old seller of appliances and electronics, is preparing to file for bankruptcy as it grapples with slumping sales, according to people familiar with the matter.The filing may come as soon as next month, said the people, who asked... 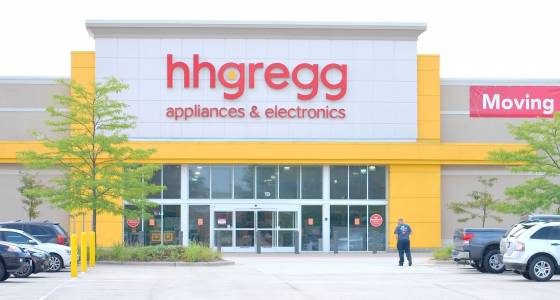 HHGregg Inc., the 61-year-old seller of appliances and electronics, is preparing to file for bankruptcy as it grapples with slumping sales, according to people familiar with the matter.

The filing may come as soon as next month, said the people, who asked not to be identified because the matter isn't public. The Indianapolis-based company announced last week that it was pursuing a range of strategic and financial options. HHGregg is still seeking an out-of-court solution that would allow it to stave off Chapter 11, one of the people said.

HHGregg, which has lost money the past two fiscal years, would join retailers such as Limited Stores and Wet Seal in seeking bankruptcy protection this year. The brick-and-mortar chains are victims of shifting consumer spending patterns, with more money headed to e-commerce and experiences -- rather than traditional shopping centers.

PHOTOS: From coast to coast, American retailers, stung by the rise of online shopping, are abandoning brick-and-mortar stores, annoucning closing after closing.

At HHGregg, particularly weak holiday sales have pushed the retailer closer to the edge. Its quarterly revenue for the period ended Dec. 31 plunged 24 percent. In light of the challenges, the company said on Feb. 15 that it hired Stifel, Nicolaus & Co. and Miller Buckfire & Co. to help find ways to improve liquidity and stem the red ink.

Chief Executive Officer Robert Riesbeck, while declining to comment directly on a possible bankruptcy, said, "We're focused on continuing to execute our business strategy, as planned, and returning this company to profitability."

The chain, which has 220 stores, is facing more competition from online outlets and traditional retailers. J.C. Penney Co., for instance, pushed onto HHGregg's turf last year by adding appliances.

Earlier this month, HHGregg received notice from the New York Stock Exchange for failing to meet the minimum listing price requirement. The company was warned that it could be delisted.