Global markets drift ahead of Trump speech to Congress

CaptionCloseHONG KONG (AP) — Global stock markets traded in fairly narrow ranges Tuesday as investors awaited a speech by President Donald Trump to both houses of Congress that could have a major bearing on the outlook for all types of financial assets... 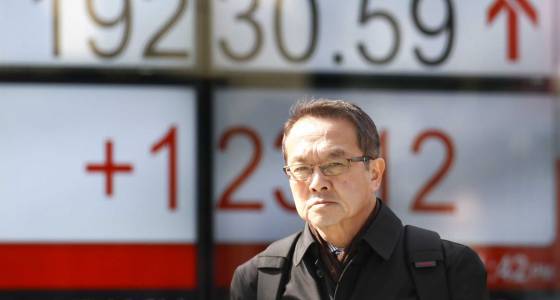 HONG KONG (AP) — Global stock markets traded in fairly narrow ranges Tuesday as investors awaited a speech by President Donald Trump to both houses of Congress that could have a major bearing on the outlook for all types of financial assets in the near-term.

BIG SPEECH: Investors are anxiously awaiting Trump's first speech to a joint session of Congress later Tuesday and in particular will be seeking more clarity on tax cuts, infrastructure spending and other business friendly policies. On Monday the president told a group of governors, "We're going to start spending on infrastructure big." He also said his budget would propose increasing defense spending by $54 billion while cutting domestic programs and foreign aid by the same amount.

ANALYST TAKE: "A day after the Dow extended its winning streak to 12 straight session — the longest in 30 years — U.S. futures look a little flat ahead of the open with all eyes firmly on Donald Trump's first appearance before Congress this evening," said Craig Erlam, senior market analyst at OANDA. "The sustainability of this rally in the near term may well rest on how Trump performs this evening and whether promises of big spending and phenomenal tax reforms are accompanied by any insight into what they will entail."

CHINA CONGRESS: Though Trump remains the key driver in markets at the moment, investors are keeping a close watch on developments in China, as the national legislature and a parallel advisory body begin meetings that could signal the direction for the region's largest economy. Financial stability and sustainable growth are on the agenda.

ENERGY: Benchmark U.S. crude lost 14 cents to $53.90 a barrel in electronic trading on the New York Mercantile Exchange, while Brent crude, which is used to price international oils, fell 17 cents to $56.24 in London.