In a bid to get more people on their bikes, and to boost alternative transport methods, France is offering its citizens a financial incentive for purchasing an e-bike.One way to empower more people to go for cleaner transportation options is to offer financial... 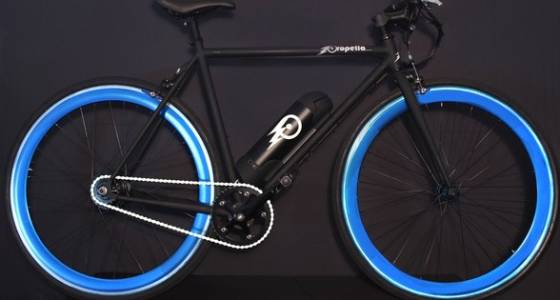 In a bid to get more people on their bikes, and to boost alternative transport methods, France is offering its citizens a financial incentive for purchasing an e-bike.

One way to empower more people to go for cleaner transportation options is to offer financial incentives, as Oslo recently demonstrated with its $1200 electric cargo bike grant, and France looks to be giving the idea a go as well.

As published on the French government site Legifrance, citizens can claim their €200 financial assistance (one per person) through January 31, 2018, for the purchase of a pedal-assist electric bike "with a net maximum power of less than 3 kW" and not having a lead-acid battery. This "ecological bonus" could help offset the higher purchase price of an e-bike (as compared with a conventional bike) and give French residents a little more motivation to use personal 'zero emission' vehicles.

While many early e-bikes and conversions took advantage of relatively cheap lead-acid batteries as their power source, most modern electric bicycles employ lithium-ion (or similar chemistry) battery packs, so that stipulation shouldn't hold anyone back. As far as the restriction that the qualifying e-bikes have a "net maximum power" of less than 3 kW, it shouldn't be an issue either, as most e-bike regulations already govern the maximum rating of electric motors on bikes (however, e-bike wattage ratings aren't nearly as clear-cut as they seem).

According to Cycling Industry News, under 2% of the French population travels to work by bike, so this program could help boost the use of bicycles for daily travels. For many people who might not enjoy cycling on a conventional bike, one ride on an e-bike quickly makes converts of them, as an electric drive can make a huge difference in reducing the physical effort required, so here's hoping more French citizens take a test ride on an e-bike and take advantage of this 200 euro incentive.