Lowe’s faces a racial discrimination lawsuit from a former African-American executive who says he was wrongfully terminated from the Mooresville-based company.The home improvement retailer called the allegations “unfounded and irresponsible.” A complaint... 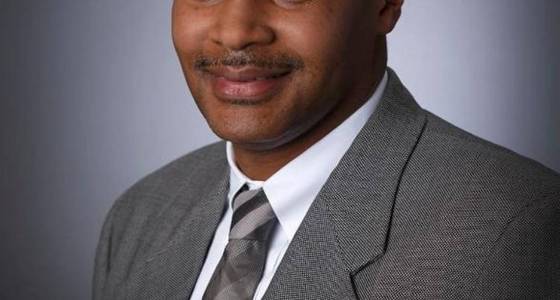 Lowe’s faces a racial discrimination lawsuit from a former African-American executive who says he was wrongfully terminated from the Mooresville-based company.

The home improvement retailer called the allegations “unfounded and irresponsible.”

A complaint filed against Lowe’s last week alleges that the company owes Michael Jones, formerly chief customer officer, nearly $12.5 million in severance and other benefits, lost earnings, as well as “damages for humiliation and emotional harm,” following his termination in October.

The complaint alleges that Jones improved Lowe’s business strategy in a number of tangible ways, including by placing a heavier emphasis on sales to professional customers – a more profitable revenue source in which competitor Home Depot has traditionally fared better.

The complaint alleges Jones was pitted against another executive as part of a succession plan to eventually take over for CEO Robert Niblock. Jones consistently scored better on performance assessments by third-party consultants, according to the complaint, though Niblock and other executives allegedly preferred the other candidate.

Jones raised concerns about the company culture and was accused of “sticking his nose where it didn’t belong,” the complaint quotes other senior executives as saying. For example, Jones learned that a photo of an interracial couple at Lowe’s headquarters had been damaged and taken down. He then relayed the information to Niblock as evidence of his concern about the culture.

Jones, who was the only minority in a senior management position at Lowe’s, also voiced concern about a wave of terminations of other African-American employees throughout the company’s global footprint – including at its office in Bangalore, India.

Before joining Lowe’s in January 2013, Jones was an executive at Husqvarna, and spent 15 years at General Electric before that, according to Lowe’s. The company said he left in October “to pursue new opportunities.” He was succeeded by Lowe’s former chief merchandising officer, Michael McDermott, who is white.

Jones is being represented by Luke Largess, an attorney with the Charlotte law firm Tin, Fulton, Walker & Owen. Largess told the Observer that the complaint “speaks for itself,” and would not comment further.

In a statement provided to WSOC, Lowe’s said Jones’ demeanor “changed dramatically following a leadership assessment process in which he and other Lowe’s senior executives were evaluated.”

“Instead of embracing a third-party assessment process used in any major company, Mr. Jones instead shifted his focus to searching for another job and increasingly became disengaged from Lowe’s in numerous ways,” Lowe’s said.

The company also said Jones demanded a bigger and “unreasonable” separation package to leave the company than they were willing to give. A Lowe’s representative could not be reached for further comment.

The racial discrimination lawsuit comes at a tumultuous time for Lowe’s. Last week, the retailer said it was laying off 430 workers at its Mooresville headquarters, and 70 support staffers in Wilkesboro. And about a month ago, Lowe’s cut about 2,400 full-time positions across its U.S. footprint as part of a rollout of a new store staffing model.

Lowe’s reports its fourth-quarter and full-year financial results on Wednesday.