Florida Governor DeSantis calls for the end of Disney self-government 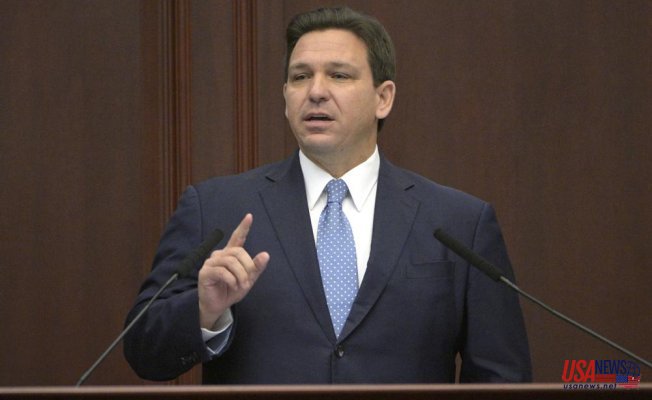 This was the latest in a long-running feud between the Republican Party and the media mogul.

DeSantis is an ascensant GOP governor and possible 2024 presidential candidate. He has fought with Disney over Disney's opposition to , a new law that prohibits instruction on sexual orientation or gender identity from kindergarten through third grades.

DeSantis increased the stakes on Tuesday.

As lawmakers returned to the Capitol for a special legislative session on congressional redistricting, the governor announced he issued a proclamation that allows the Republican-controlled statehouse to take up bills eliminating Disney's self-governing district.

"I am announcing today, that we are expanding their call of what they will be considering this week. They will consider the congressional map. However, they will also be looking at terminating all special districts in Florida that were established before 1968. This includes the Reedy Creek Improvement District," DeSantis stated at a news conference. He did not mention Disney's governing area.

The Reedy Creek Improvement District, a private government, is controlled by Disney World and established by the state Legislature, in 1967. It provides government services like zoning, fire protection, utilities, and infrastructure.

This move follows Disney's announcement that it will suspend all political donations to the state in protest of the Parental Rights in Education Law, which opponents called "Don't Say Gay" over concerns that lessons on gender identity and sexual orientation in elementary grades could marginalize LGTBQ students. Disney is Florida's largest private employer.