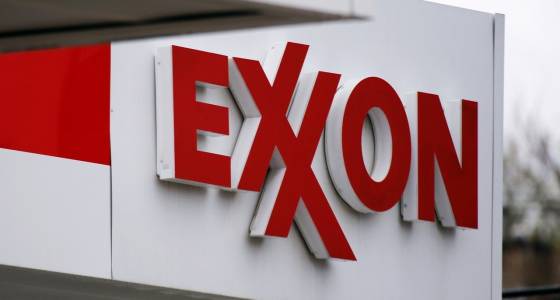 Woods replaced longtime Exxon chief Rex Tillerson, now the Secretary of State, beginning Jan. 1. Less than three weeks later, Exxon disclosed Tillerson’s final deal: a large acquisition of land in the fast-growing Permian Basin that will cost up to $6.6 billion. It was Exxon’s largest deal since it agreed to buy XTO Energy in 2009.

The move raised questions over whether Exxon will embark on a new round of acquisitions, analysts say. Investors are also anxious to hear Woods’ general vision for the company.

But the Exxon veteran isn’t expected to represent a departure from his predecessor.

“We think it is likely that he will stick to the standard [Exxon] script, rather than stepping out and saying anything significantly new or different,” J.P. Morgan (JPM) analysts wrote in a note to clients ahead of Exxon’s Analyst Day in New York.

Exxon expects to spend around $22 billion in 2017 after slashing capital expenditures last year. The company spent $19.3 billion in 2016, down from $31.1 billion a year earlier. Executives on Wednesday are expected to offer additional guidance for 2018 to 2020.

However, J.P. Morgan said it would be surprised if Exxon “moved in the direction of conducting large-scale M&A”—specifically, corporate acquisitions.

Exxon has instead bulked up its land assets to replace lost oil and gas reserves, particularly in the Rockies and Canadian oil sands. The acquisition of Permian land, among other moves, will help Exxon maintain production volumes of 4 million barrels per day, according to Morgan Stanley (MS).

Exxon has previously offered an outlook that called for production of 4 million to 4.2 million barrels per day through 2020.

Even through the industry’s downturn, Exxon avoided large-scale corporate takeovers like the XTO Energy deal. Exxon’s $41 billion buyout of the natural-gas producer was the target of some criticism, as prices declined sharply in the ensuing years.

Analysts at Goldman Sachs (GS) believe Exxon will remain disciplined in M&A. In a recent report, Goldman Sachs noted that the Permian deal further reduced the odds that Exxon would buy a public energy producer operating in the hot shale play, where deals have been plentiful.

Exxon’s presentation is scheduled to begin at 9:30 a.m. ET.

Woods had long been considered the heir apparent to Tillerson, who would have reached Exxon’s mandatory retirement age of 65 in March had he remained with the company. Exxon elevated Woods to president and gave him a seat on the board in 2015. Prior to that, Woods spent more than 20 years working in the company’s refinery and chemicals businesses.

“It’s like a relay race. The person before me was running as hard as they could, carrying the baton. They pass it on to me. I’m where I am in the race based on their efforts. My job is to advance the baton as far as I can,” Woods told Forbes in a report published this week.

Exxon shares have declined 10.2% since the start of the year, lagging behind rival Chevron (CVX), which is down 4.6% year-to-date. U.S. oil settled at $54.01 a barrel Tuesday. The market hit rock bottom in February 2016, when West Texas Intermediate crude touched $26.21 a barrel.