Expectations of muted returns in 2017 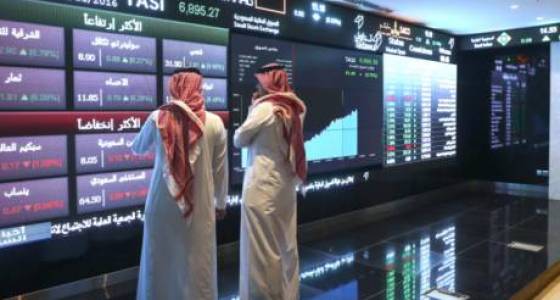 Dubai: Experts expect muted returns from the multi asset portfolio this year with majority thinking returns in the range of 0-10 per cent, a survey revealed.

Nearly half of the regional respondents expect returns to be in the range of 0-5 per cent, and 37 per cent of respondents indicated that returns would be between 5-10 per cent, a market sentiment survey conducted by CFA (Chartered Financial Analysts) Institute.

“Investors are more conservative than 2016 because of the fear of the unknown. It’s different than in 2015 because they were concerned about valuations. Valuations still remain an issue for them and although that’s one concern, there are several others, and that is making them more cautious and conservative,” Nadi Bargouti, Managing Director — Head of Asset Management at Emirates Investment Bank told Gulf News.

According to experts, stocks was ranked as the highest performing asset class in the region during 2017, followed by commodities, private equity, bonds, real estate and lastly cash equivalents.

Fund managers at Emirates Investment Bank are more focused in their approach.

“In this market, we are not going by asset class, but we are very selective in our approach. We won’t be able to create an alpha, with indexed funds. But play with sectors which would be benefiting from the current scheme of things,” Bargouti added.

The survey revealed that 77 per cent of the respondents felt that opening of Saudi Arabia’s markets was extremely to very important for foreign capital flows, something that could ease the liquidity pressure.

The Tadawul index has been riding high on expectations that the oil-dependent country would be able to diversify its economy with the National Transformation plan of the government. This has renewed hopes among investors of it being a probable candidate for the addition in the MSCI Emerging market index in the medium term. The UAE and Qatari markets are already part of the index and have attracted billions of dollars in terms of capital flow.

According to the survey, about 42 per cent felt that a stronger dollar was likely to put pressure on the currency peg, which will then negatively impact the real estate market. While 61 per cent of the members surveyed believed that bond yields in the region will increase, 16 per cent said that they would stay the same and only 11 per cent thought that yields would decrease.

The risk tolerance of clients dictates if they want to go in for an aggressive or conservative, Max Kunkel, ultra high net worth investment strategist at UBS Wealth Management said.

“We believe diversification across regions and asset classes as well as limiting home bias provides investors with the best way to protect and grow wealth in a world of increasingly complex and difficult choices,” Kunkel said.

“It should also help to minimise exposure to local risks and take advantage of global opportunities. In our view, investors should also consider investing in trends that are less affected by policy and centred around long term trends such as ageing, urbanisation and population growth,” he added.