An Elmhurst day care center hoping to move downtown from the north side is triggering concerns from city staff members about safety and alley access at the proposed facility.Kidz Drop In has its eye on a long-vacant space near city hall at 187-195 N. York... 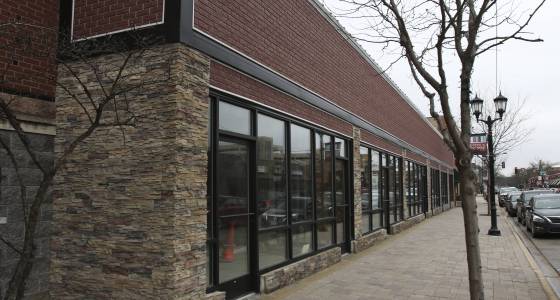 An Elmhurst day care center hoping to move downtown from the north side is triggering concerns from city staff members about safety and alley access at the proposed facility.

Kidz Drop In has its eye on a long-vacant space near city hall at 187-195 N. York St. with designs for a green child care facility featuring an outdoor nature play area, a living wall, a green roof and an organic menu, owner and founder Kasindra Dayton of Elmhurst said.

The day care would have entrances on both the east and west sides with seven parking spaces off an alley to the east. The 4,900-square-foot space would serve roughly 75 children a day with about 17 employees.

But day care centers aren't automatically allowed in the zoning category that applies to the site, so Dayton's plans are being scrutinized as she applies for a conditional use.

The city's police and fire chiefs say the plans don't meet safety standards because the vehicles of parents dropping off and picking up children in the alley, which is only 12 to 14 feet wide, could limit emergency access to the building.

If the day care opens, traffic likely will increase in the alley, with as many as one extra vehicle every 40 to 50 seconds during peak drop-off and pickup hours of 7:30 to 8:30 a.m. and 4:30 to 5:30 p.m., according to a traffic study conducted by Civiltech Engineering.

That worries Fire Chief Thomas Freeman, who said limited access to the rear of the building could be a problem if an ambulance or fire truck needs to get by.

"It would be a huge detriment to fire protection," Freeman said.

Dayton said her business model, which allows parents to drop off and pick up their children at any time during extended hours, wouldn't lead to major rush periods such as those predicted in the traffic study. Plus, she said she altered her plans to meet the safety concerns of city staff members before submitting her application in October.

"I applaud the fact that they want to focus on safety," Dayton said. "However, we've already addressed every issue that seems to regurgitate itself."

Increased alley traffic wouldn't be any less of an issue if a karate studio or a restaurant -- both uses that are permitted under the city's zoning code -- opened in the space, said John Quigley, president and CEO of the Elmhurst Chamber of Commerce and Industry.

"I don't see anything that explains how these concerns disappear if there is a high-traffic restaurant or retail business in that location," Quigley said.

He and Alderman Mark Mulliner, one of the members of the development, planning and zoning committee, said it's unfair to hold the day care to a higher standard, despite the fact the business requires a conditional use permit.

Parents supporting the day care agreed, saying staff concerns about safety of children arriving at the care facility are overstated. Dayton said most children are babies or toddlers, carried in by their parents, so they wouldn't be running free in the alley or the bustle of York Street.

"At some point, you have to trust the community members to safely walk and safely drive," resident Laura Allen said.

Two reports about whether the day care should be allowed are set to go before the city council Monday, one supporting the business by Mulliner and Alderman Scott Levin, who is chairman of the development, planning and zoning committee, and another opposing the plan by Alderman Mike Honquest.

The council is expected to vote on the matter during its March 20 meeting.

"The voting should be on facts," she said, "not on what business it is."