CaptionCloseWall Street notched another set of milestones Monday as the Dow Jones industrial average closed at a record high for the 12th consecutive time, the longest winning streak for the 30-company average in 30 years.The Standard & Poor's 500 index,... 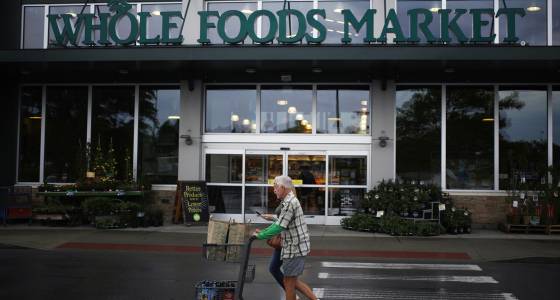 Wall Street notched another set of milestones Monday as the Dow Jones industrial average closed at a record high for the 12th consecutive time, the longest winning streak for the 30-company average in 30 years.

The Standard & Poor's 500 index, the benchmark favored by professional investors, also closed at a record high.

The latest push into the record books came on an indecisive day for U.S. stocks that sent indexes wavering between small gains and losses for much of the day. They ultimately eked out tiny gains, led by energy stocks, which climbed as the price of crude oil rose. Phone companies lagged the most.

Many investors were taking a wait-and-see approach ahead of President Donald Trump's speech to Congress on Tuesday, hoping for details of promised tax cuts, infrastructure spending and other business-friendly policies.

"It's all about policy now," said Phil Blancato, CEO of Ladenburg Thalmann Asset Management. "There's only so much the market can deliver when there's still these many unknowns, specifically the Washington impact is now as much a head wind as it is a tail wind."

The last time the Dow posted a longer winning streak was in January 1987, when the average rose for 13 days in a row. That streak translated into a gain of 11 percent for the Dow. Nine months later, on Oct. 19, 1987, the Dow plummeted more than 500 points, or 22 percent, on what became known as Black Monday.

Just because the Dow is on another lengthy winning streak doesn't mean a similar market slump is in the cards now, noted Ryan Detrick, a senior market strategist for LPL Financial.

One key difference is the Dow went on to gain another 30 percent in the months after the 13-day streak in January 1987. By comparison, the Dow is now up about 5.4 percent this year, so there's a long way to go before the market becomes as stretched as it was 30 years ago, Detrick said.