CaptionCloseLONDON (AP) — The London Stock Exchange's merger with Deutsche Boerse has been thrown into doubt after the LSE decided it couldn't comply with last-minute conditions imposed by European regulators.The deal, announced almost a year ago,... 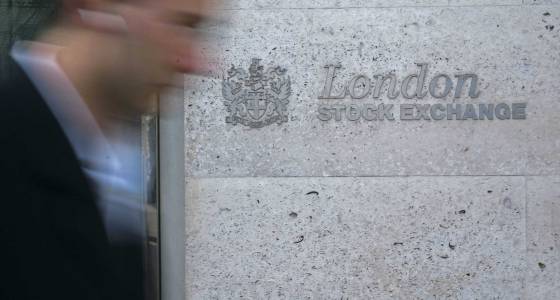 LONDON (AP) — The London Stock Exchange's merger with Deutsche Boerse has been thrown into doubt after the LSE decided it couldn't comply with last-minute conditions imposed by European regulators.

The deal, announced almost a year ago, would have created a company worth $30 billion in which the German financial exchange would own a 54.4 percent stake.

In a statement late Sunday, the London exchange said the European Commission, the executive branch of the European Union, was demanding that it sell its majority stake in MTS, an electronic trading platform for European wholesale government bonds, to resolve competition concerns.

The LSE said this would be "detrimental" to its business in Italy and the fortunes of the combined company if the merger were completed. Its board therefore concluded that "it could not commit to the divestment of MTS," and that it believes the Commission would likely reject the merger.

Shares in the LSE were down 3.2 percent at 3,025 pence in London on Monday, while those in Deutsche Boerse were 2.9 percent lower at 79.26 euros in Frankfurt.

The companies had said that merging would allow them to expand and offer customers more products and services.

The plan called for them to be united under a U.K.-based holding company, an idea questioned by some in Germany in the light of Britain's vote to leave the EU.