Don't blame Trump: Sports is why sports ratings are down

Attention, sports team owners – and anyone trying to make a buck off the supposedly ever-growing American thirst to watch athletic events.Game over.TV viewership of sporting events has seemingly reached – at a minimum – a cyclical peak.... 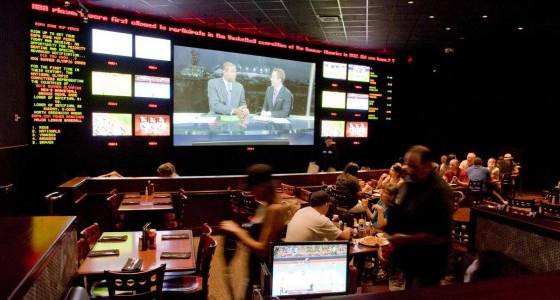 Attention, sports team owners – and anyone trying to make a buck off the supposedly ever-growing American thirst to watch athletic events.

TV viewership of sporting events has seemingly reached – at a minimum – a cyclical peak. Ratings for most major professional sports are headed in the wrong direction. And in today’s media-saturated world, this will become a challenge for an industry in which multi-billion-dollar broadcasting contracts – not ticket sales, overpriced stadium munchies or fan-gear revenues – pay most of the bills.

So-called sports media experts have suggested several reasons for the challenged popularity. These excuses range from newly energized viewership of political broadcasts (perhaps the ultimate “sport” these days); to an oversaturated market for sports content; to new media technologies. And don’t forget the growing cord-cutting generation – and not all of them are cash-poor young adults – that is quitting cable TV and traditional broadcast media for content on their mobile devices.

But this isn’t just about our new audience-grabbing president. Just look at the noteworthy ratings downturns. As Donald Trump might say, “Sad!”

• National Football League: This TV powerhouse lost one in 10 viewers this year, and the NFL’s Super Bowl championship game – the most-watched television, sports or not – has had declining viewership two years straight. You think disenfranchising even more fans by moving two teams to Los Angeles is a good idea?

• Major League Baseball: Regular season ratings rose 1 percent vs. 2015, according to Forbes. Viewership soared in the playoffs – during the same autumn election period that supposedly stole sports audiences. But how often will the Chicago Cubs win their first World Series in a century?

• National Basketball Association: Teams collectively lost 1-in-6 viewers for broadcasts on local networks in the current season’s first half, according to SportsBusiness. The national viewership of the league’s all-star game, however, was highest in four years. How watch-worthy is a sport where teams might intentionally lose to get better, eh, Lakers’ fans?

• National Hockey League: Audiences for local broadcasts are off a relatively modest 7 percent in the season’s first half, according to SportsBusiness. Yes, best All-Star ratings since 2004, but it was the first time NHL games were broadcast by a major network in 13 years. Also: the Anaheim Ducks had the smallest average TV audience.

• Major League Soccer: A rare success tale with record viewership, depending on the metric. But the audience is only back to highs hit four or 12 years ago, depending on the math. Its rapid expansion of teams has helped, but Los Angeles shows the risk as the second local franchise folded, with a new second team for L.A. now in the works.

• NASCAR: Car racing is decidedly out. The Wall Street Journal recently detailed the sport’s decline, highlighted by an ugly trend of TV viewerships cut by nearly half from its peak.

• U.S. Golf Association: With the career of ratings-magnet Tiger Woods in decline, if not over, the game has no star-power draws. In recent years, last-day ratings of the sport’s four major championships ran at roughly half of the peak audiences when Woods was the weekend’s winner.

That’s enough ratings ugliness to suggest to me there’s something significantly wrong with the product. Here are seven things I think are killing sports viewership.

It is no coincidence the recent pinnacle of sports popularity came shortly after the Great Recession.

Plenty of people were out of work and had plenty of time to kill. And in that depressing era, sports provided a much-needed diversion from reality. But now that most folks are employed, some having to work multiple jobs to pay the rent, we don’t have time to endlessly watch sporting events on TV.

Does any sport have the nerve to prune their offerings?

2. The events are too long.

We are busy, remember? And you know there’s a problem when any loyal sports fan knows the rules of when TV timeouts occur.

The games have become notably longer due to the laggardly pace of play and the modern-day need to tediously review every controversial play. So, either shorten the events through rule changes or somehow ax the extra time for ads.

Yes, cash from advertisers pay the bills. But fewer viewers are a deeper problem.

3. The seasons are too long.

In an age where a nation’s global priorities are summed up in a 140 character message, do we really expect anybody (other than a diehard fan) to be able to pay attention to competitive seasons that run three-quarters of a year?

That’s especially true when your favorite athlete’s chance of missing the more eye-catching playoff games is unfortunately small. So, regular-season games are often meaningless. This is a perfect example of why sports may be living the cliche: less is more.

In numerous sports, just a handful of players play the game the right way and too few franchises have figured out how to repeatedly win. So, the only suspense is often guessing what juggernaut wins the final game. (Sadly for Southern Californians, no dominant franchises reside here.)

Plus, with so many billions at stake, risk-taking within each game has become a lost art form. Defense supposedly wins championships but defensive play is boring. Do you really want to watch a match where the winner scores only once?

Look, I know the seasons are too long. I know there are limits to human strength, physical and mental, that make an athlete’s ability to survive the marathon of play challenging. But perhaps athletes, coaches and sports commentators would be best served by not reminding us how often players or teams need to “show up prepared” and “play for the entire game.”

Even new, cool visuals can’t spice up a dull match on TV.

Over-expansion and balanced schedules mean regional or traditional rivalries are dulled because there are fewer skirmishes against the natural enemy. This also creates heavy travel demands, leaving athletes jet-lagged and lethargic at game time.

Overuse of sports assets translates all-too often to the best drama, such as public wars of words between players, coaches, owners and/or league administrators. Even squabbles with local politicians, often over facilities costs, become entertaining. Major product overhauls will be required to reverse the trend.

To me, the sports industry has taken the audiences for granted for too long.

I’m not saying that any league or many franchises are destined to bankruptcy. But how many of us will admit to trimming our sports-viewing habits?

Whether the decline of TV viewership is due to new gadgetry or changing TV tastes, the message is clear – the once seemingly all-but-guaranteed, ever-rising enthusiasm for sports is over. There are no easy answers and each sport requires its own set of fixes. Any industry at such a crossroads must better understand its customers to properly address its challenges.

Because the audience is voting with their TV clickers.