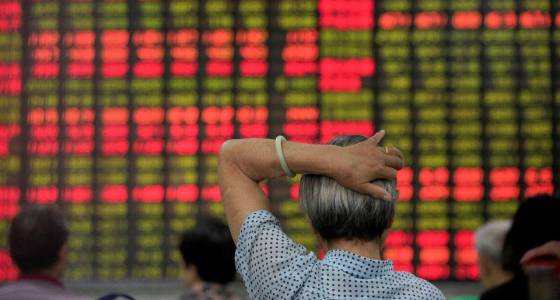 China's factory activity expanded faster than expected in February, with growth in both output and orders accelerating, official and private factory surveys showed on Wednesday.

Analysts say the survey results inject a dose of confidence into the market, at a time when fears surge that the recent recovery, triggered by government stimulus, has seen its day.

"There has been concern that the economic recovery we've seen is short-lived, and that growth will slow again in the second quarter. So this is good news," said Chang Chengwei, analyst at Hengtai Futures.

Chang added that investors were also hopeful that the National People's Congress (NPC), which starts this weekend, will unveil reform policies that "exceed expectations."

Shares of express delivery firm S.F. Holding climbed 4.8 percent in its seventh session of gains, surging as much as 83.5 percent in just seven trading days.

The stock had briefly made its founder Wang Wei the country's second richest person, only behind Dalian Wanda's Wang Jianlin.