Burberry Group Plc’s incoming Chief Executive Officer Marco Gobbetti faces a long list of challenges when he starts the job in July, and polishing the brand’s luxury image in the discount-driven U.S. will be right near the top.The... 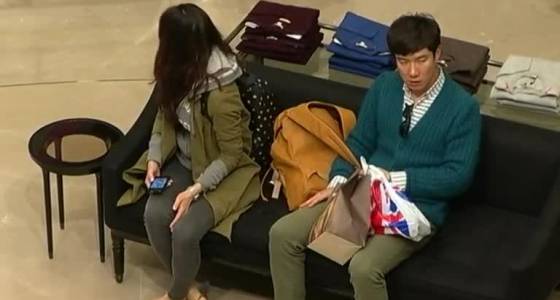 Burberry Group Plc’s incoming Chief Executive Officer Marco Gobbetti faces a long list of challenges when he starts the job in July, and polishing the brand’s luxury image in the discount-driven U.S. will be right near the top.

The U.K. luxury retailer’s sales in the Americas region are falling at an accelerating pace, a company update showed on Wednesday, partly a function of moves to make the brand there more aspirational. These have included withdrawing from U.S. department stores in non-premium locations and shortening the clearance period by 10 days. At the same time, a strong dollar is encouraging wealthy Americans to take their spending abroad.

“Burberry very much wants to elevate their brand in the U.S.,” said Helen Brand, an analyst at UBS. Doing so may continue to weigh on sales in the short-term, she said.

Revenue in the Americas showed a mid single-digit percentage decline in the second half, Burberry said, causing sales to miss estimates and pushing the shares down the most in six months. The deteriorating performance in a region that represents more than a quarter of group revenue will be a concern for Gobbetti, the former head of LVMH’s Celine label who is due to succeed Christopher Bailey as CEO in July.

As labels such as Ralph Lauren have found, steep discounts aren’t necessarily a way for upscale brands to get customers through the door.

“We’ve still got brand elevation work to do in the U.S.,” Julie Brown, Burberry’s chief financial officer since January, said on a call with analysts and investors.

Burberry shares fell as much as 7.1 per cent to 1,580 pence in London trading, the steepest intraday decline since Oct. 18.

Retail revenue rose 2 per cent on a comparable basis in the fourth quarter, the company said, less than a predicted increase of 5 per cent in a Bloomberg survey.

The sluggish sales gain shows that not all luxury companies are feeling the full benefit of a rebound in demand that has buoyed industry leader LVMH. While brands such as Kering SA’s Gucci have taken steps to overhaul design and reinvigorate their brand identity, Burberry has embarked on a cost-cutting campaign and reduced the number of products on offer.

“People have failed to spot a weak underlying business with product that fails to capture the imagination and is a bit stale in terms of the design,” said Tom Gadsby, an analyst at Liberum Capital. A 1-per-cent decline in second-half underlying sales “tells the whole story.”

Under Bailey, who will remain the company’s creative director, Burberry has seen sales growth stagnate amid declines in Asia and worsening results at its wholesale unit.

Like most luxury peers, Burberry saw a rebound in the Asia Pacific region in the second half of last year, with mainland China showing high single-digit percentage growth. Sales declined in Hong Kong due to a drop in the number of shoppers, the company said, while South Korean revenue also fell due to a weak economy and reduced promotional activity.

In addition to incoming CEO Gobbetti and new CFO Brown, 2017 has seen the company hire a designer from Dior, Sabrina Bonesi, who will head up the brand’s accessories collections, and Net-a-Porter alum Claudia Plant as vice-president for “brand experience”.

The new management team will have a “brief window” to reset expectations for the brand, analyst Gadsby said.

The company said it’s maintaining its forecast for adjusted pre-tax profit. It’s due to report full-year earnings on May 18.