A couple of weeks ago, staffers at Klipfolio received word that their software company’s ads were being displayed on the far-right Breitbart News Network website, alongside stories that supported white supremacy, misogyny and homophobia.Executives... 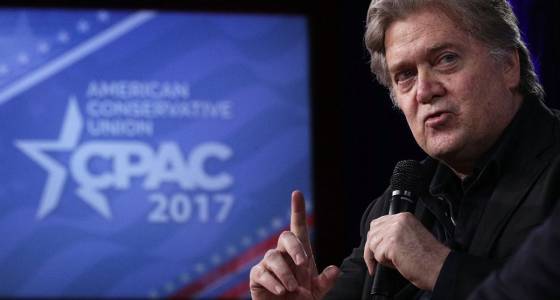 A couple of weeks ago, staffers at Klipfolio received word that their software company’s ads were being displayed on the far-right Breitbart News Network website, alongside stories that supported white supremacy, misogyny and homophobia.

Executives took swift action, immediately asking for their ads to be removed from the site.

“It wasn’t even a question,” said Cameron Conaway, a spokesperson for the Canadian firm. “It was, ‘Let’s get these ads off this extreme site as quickly as we can.’”

It was the first time, he said, that the company had paid attention to where its digital ads were showing up. In the past, it had simply bought advertising through Google’s Display Network, which populates ads on more than two million websites depending on keywords and demographic data. But now, with polarizing and divisive rhetoric taking over websites on the left and the right, hundreds of major corporations, start-ups, universities and nonprofits are grappling with similar questions of how to mix advertising with politically charged content.

At Breitbart, the pullback in advertising has taken a toll on the site, staffers told Fox Business. More than 1,250 companies, including Audi, Harris Teeter, Greenpeace and Lyft, have recently pulled advertising from the controversial site, according to Sleeping Giants, an activist group that is tracking online data. A spokesperson for Breitbart declined to comment for this story.

“People at the news outlet say that an effort is underway to make Breitbart more mainstream, by hiring reporters to cover news and devote less space to political commentary that has been its forte,” Fox Business reported. “People inside Breitbart say while the website may in fact be profitable, it is also suffering from a business standpoint with advertising dollars shrinking significantly.”

GroupM, which bills itself as the world’s largest advertising media company, recently began offering clients the option of avoiding advertising on sites with extreme political content. Before December, clients could choose to distance their company’s ads from hate speech and profanity, but rhetoric has become so charged following Britain’s Brexit vote and the election of U.S. President Donald Trump that the New York-based company has begun to take more deliberate action.

“I don’t believe there’s a single client who’s said to me, ‘I need to be on a political site. I need to be on a controversial site,’” said John Montgomery, GroupM’s executive vice-president of brand safety, a newly created position aimed at helping companies navigate rocky new terrain. “Breitbart has become the poster child of political advertising. But the truth is, the issue is much bigger than that.”

Breitbart News, founded 10 years ago to be “unapologetically pro-freedom and pro-Israel,” has come into the limelight in recent months for its far-right views. Its former chairman, Stephen Bannon, is now President Trump’s chief strategist. Milo Yiannopoulos, perhaps the site’s most well-known writer, resigned this week after comments he made last year condoning pedophilia resurfaced.

Those controversial views have motivated companies, including Zipcar, to distance themselves from the site.

“At Zipcar, we’re driven to build a diverse, inclusive community,” a spokesperson for the Boston-based car-sharing company said. “We work with ad partners to ensure our ads are placed on sites that align with our core values. As such, we no longer advertise on Breitbart.”

But Alvaro De La Rocha, who co-founded the New York-based company in 2011, wasn’t immediately sure what to do. He tries to be as politically-neutral as possible, he said, but this was new territory.

“We didn’t want to make a statement one way or the other, but we knew we had to do something,” De La Rocha said. “Then there was the question of whether specifically avoiding a site like Breitbart could also be seen as a political statement.”

But, he added, “We decided this was one place where we had to draw the line.”