For years, banks have watched as their youngest customers split restaurant checks, shared utility bills, and pitched in for parties using third-party payment apps such as Venmo. Now, they're trying to take back the person-to-person payments business by launching... 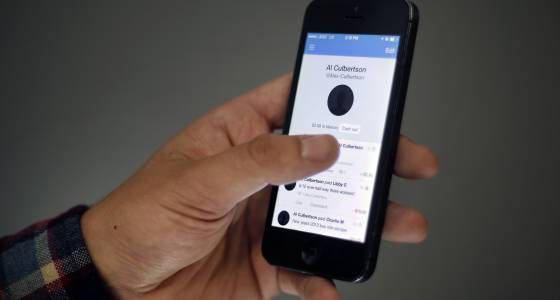 For years, banks have watched as their youngest customers split restaurant checks, shared utility bills, and pitched in for parties using third-party payment apps such as Venmo. Now, they're trying to take back the person-to-person payments business by launching an app of their own.

Nineteen banks, including Bank of America, Citigroup, JPMorgan Chase, and Wells Fargo, are teaming up to start Zelle, a website and app that will let users send and request money much like Venmo does. Bank of America says it is the first to incorporate all of Zelle's capabilities-including the ability to split bills between users-into its own mobile app, starting Wednesday. A stand-alone Zelle payment app should be available to anyone with a debit card, regardless of where they bank, by the middle of the year.

Zelle has some stiff competition from Venmo and its parent company PayPal Holdings Inc. Venmo, which started in 2009, processed $17.6 billion in transactions last year, a 135 percent increase from the previous year.

In the common vernacular, "to Venmo" means to move money to and from friends and family. That's a huge advantage, said Michael Moeser, director of payments at Javelin Strategy & Research. When presented with another option "An avid Venmo user is going to ask, 'Why do I need something else?'" he said.

Zelle's not-so-secret weapon is its connection to the big banks where millions of Americans keep their money. Request $40 from a roommate over the Zelle network using BofA's app and the money shows up in your account within minutes of when he agrees to send it. On Venmo, that $40 would show up in your Venmo wallet right away, but then it stays there. To get the cash in your hands, you need to log into your Venmo account, cash out your balance, and wait-sometimes days-for the money to show up in your bank account.

Venmo is trying to accelerate that process. PayPal made deals with MasterCard and Visa to move money over their debit card networks. By the middle of 2017, it should be possible to cash out a PayPal or Venmo account instantly, according to PayPal Holdings spokesman Josh Criscoe.

Zelle was built by Early Warning, a bank-owned company that also runs the clearXchange payment system. It's no easy task to build an app that syncs with 19 large banks, four payment processors, and two card networks. Each has its own legacy technology, and many already have person-to-person payment tools, such as Chase's QuickPay, that are popular with some customers.

To launch the new app without disrupting the old systems, Zelle is being rolled out in phases: In the first, underway now, bank payment apps will incorporate Zelle's options and basic design without any Zelle branding. Banks can add these features whenever they're ready. Later, bank apps will tout Zelle branding, and, sometime in the first half of the year, a stand-alone app will launch.

BofA's person-to-person payments will be free. Though members of the Zelle network will have the option to charge, it's not clear if any banks will even try to do so when Venmo and other payment apps cost nothing.

The lack of an obvious revenue opportunity may be one reason why it's taken so long for banks to launch a serious competitor to Venmo. Moeser summarized the attitude of banks until recently: "Do I really care about two 18-year-olds sending $20 to each other? Maybe not."

But the people designing Zelle imply their goal is much bigger than just helping college students split a pizza bill.

"This is a great time for us to move [person-to-person payments] from millennials to mainstream," said Lou Anne Alexander, Early Warning's group president for payments. The use of mobile banking apps is growing exponentially, creating many more opportunities for people of all ages to send and request money. "Any place we see checks and cash, that's our target," she said.

Because Zelle is sponsored by and connected to their banks, Alexander said users should feel more comfortable using it for larger transactions and for a broader array of uses, from paying a contractor to collecting money for a school dance team. Zelle may also be used for business-to-consumer payments, such as insurance companies paying out claims.

Anything that promotes the use of digital payments is ultimately good for Venmo, said PayPal's Criscoe. "The common enemy is cash."

Zelle and Venmo have a lot in common with one major exception. Venmo is also a social app, where users can and do choose to make their transactions, along with any associated emoji-filled messages, public. Criscoe said the average user checks Venmo two to three times a week just to see what their friends are up to.

Zelle users won't have the option to spy on their friends' payment activity. The idea was tested on consumers, but fell flat with Zelle's intended audience, Alexander said. "While appealing to some ages, it's not really appealing to all."