Biden's agenda is in jeopardy: Biden has 2 weeks to make a decision

President Joe Biden enters a critical two-week period for his ambitious agenda. He is racing to close contentious congressional negotiations before both domestic deadlines. This will also give him a chance to show off his accomplishments on a worldwide stage. 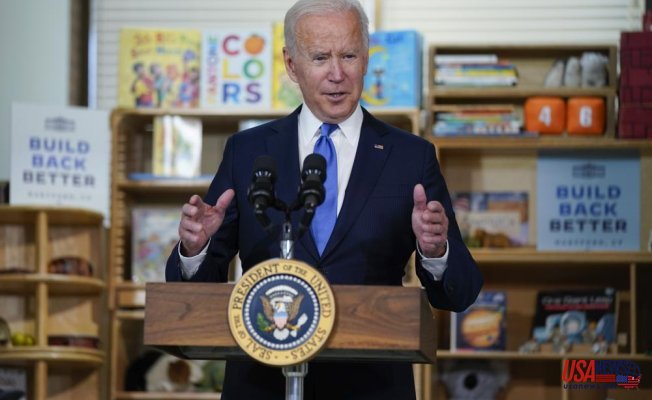 Biden and his Democratic colleagues are trying to reach across party lines by the end of the month to pass a bipartisan bill on infrastructure and a larger package for social services. Both are important issues that the president wants to resolve before Air Force departs for Europe on October 28th for two summits of world leaders, including the most ambitious meeting yet regarding climate change.

However, this goal is now at risk due to fractures within Democrats. This could jeopardize the future of promised new sweeping efforts to address climate change. The party is also growing anxious about a bellwether contest for Virginia's governorship and the looming Senate fights regarding the federal debt limit, government funding, and other issues that could distract from the president's agenda.

After a turbulent period marked by the end of the Afghanistan war and a diplomatic spat between a long-standing ally, Biden is now trying to stabilize his presidency. He also faced a surge of COVID-19 cases which rattled the nation's economy and sent his poll numbers plummeting.

His team continued to use the same strategy that worked during the campaign and earlier in the year: to block out outside noise and stay focused on one mission. This time, it was to pass the two-part package which will give Democrats a platform to run for the midterm elections next year.

Biden stated Friday that the bills were about "competitiveness versus complacency," about opportunity versus decline, and about leading or letting the world move by you."

The White House's appeals to patience, reminding people that difficult things take time, is not enough. There is an urgent sense that a deal must be done quickly.

The White House has specific target dates. These include an end-of month deadline for transportation funding and Biden’s upcoming overseas trip. There are other imperatives, however: proving Democrats can keep their promises to voters, and protecting Biden’s diminishing political capital.

The administration has been sending signals to Capitol Hill with a renewed urgency in recent days. Officials from the White House spoke under condition of anonymity to avoid revealing private conversations. Biden has expressed frustration and will increase his personal outreach to lawmakers this week to try to reach a compromise and bring them to a vote, officials said.