Recently city council surprised the downtown business community with an "emergency" ban on new financial institutions opening on Pearl Street. The thinking of the narrow majority of five members who voted for the ban is that banks are "dead spaces" which... 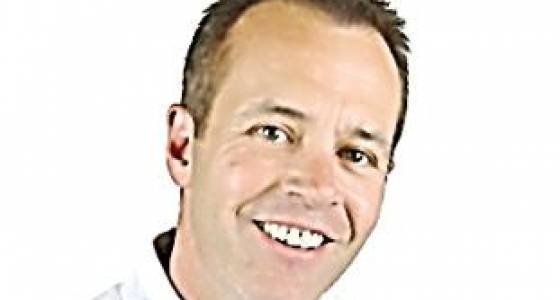 Recently city council surprised the downtown business community with an "emergency" ban on new financial institutions opening on Pearl Street. The thinking of the narrow majority of five members who voted for the ban is that banks are "dead spaces" which do not draw people or add to the vibrancy of downtown.

At first glance, this makes sense and many downtown leaders and property owners actually share the opinion that we really don't need more banks on Pearl Street. Many also appreciate that city council cares about downtown and is willing to take action to protect the energy and ambience that we all love about the district.

However, in a city that prides itself on public input and an open process, it seems strange that some council members felt this major change had to be drafted in secret with zero outreach to those who would be affected. Why were the dozens of property owners and hundreds of businesses along Pearl Street left out of the discussion? Even the Downtown Management Commission whose members are appointed by city council to advise them on downtown issues was not consulted.

Apparently there was fear that if the downtown community got wind that a ban may be coming, there would be a mad rush to fill every vacant storefront on Pearl with more banks.

That fear is unfounded for a couple of reasons. First there are no new banks currently searching for locations on Pearl and there were none last week or last month. Second, as I mentioned above, our property owners are generally in agreement that more banks along Pearl Street are not in the best interest of downtown. If council members had spoken to them, they would have known that.

So while the ban may be well intentioned, it is not necessary. Downtown Boulder is not in trouble and in fact is the envy of cities across the country. Communities from Berkeley to Chapel Hill are actively trying to replicate the Pearl Street experience and we frequently host delegations from other downtown districts who want to learn our secrets to success.

However, our community, our region and the world are all changing faster than ever before and success today is no guarantee of a bright future 10 or 20 years down the road. Rents and taxes are increasing as are competitive threats from other regional dining and shopping districts. And of course, online retailers continue to grab more market share every day.

However well intentioned it may be, a ban on banks does not address any of these challenges. It is a hasty attempt to treat a symptom while ignoring the underlying issues that face downtown Boulder and keep our small business owners awake at night.

Instead of hasty decisions made in secret, downtown leaders urge city council and staff to partner with the private sector to formulate a downtown strategy that addresses the future of retail tenant mix, entertainment choices, primary employment, customer access and other key factors of long-term success.

Don't ignore the entrepreneurs, property owners and residents whose passion, hard work and investment have built this place into a national model of success. Invite us to the table and together let's work to ensure that we are as proud of Pearl Street and all of downtown Boulder in 2027 as we are in 2017.