Galleries Videos CONTACT ADVERTISE
Famagusta 27°
clear sky
BUSINESS EDUCATION ENTERTAINMENT HEALTH POLITICS SCIENCE SPORTS TECHNOLOGY
12:08 Guide To Online Sports Betting: How To Choose A Sportsbook
08:28 What Are Some Reasons to Consult a Brain Injury Lawyer?
09:24 Blockchain Solutions for Enterprises: How To Increase Efficiency And Profitability
07:06 How To Deal With A Car Crash In New York
17:43 Tips to keep in mind while choosing the casino site
11:34 Relation Between Employee Theft and Pre-employment Screening Check
04:37 Search your own desired site to play sports for betting
18:00 Top 3 Career Path Options for Business Analysts Preview
15:35 The history of Imen Jane, who is the influencer and the charges on the...
18:48 Sebastian Vettel's Greatest Races
BIST
1121
GOLD
472.444
USD
7.7650
GPB
10.0592
EUR
9.0520
Breaking News
Top 3 Career Path Options for Business Analysts Preview
Close 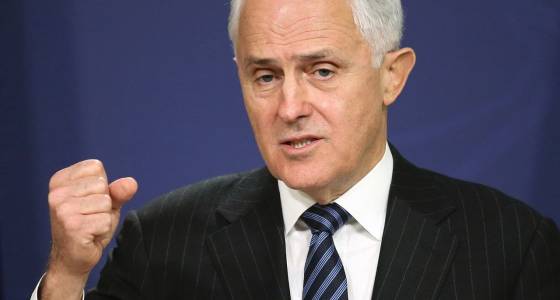 GDP grew by 1.1% in the fourth quarter from the third, and by 2.4% from a year earlier. Third-quarter GDP wasn't revised from an intially reported fall of 0.5%.

Economists had expected 0.8% growth on quarter and a 2.0% on-year increase. A repeat of the third quarter GDP contraction would have sunk Australia into its first recession in 25 years.

The main drivers of the rebounding economy were strong consumer spending, higher government investment and a big jump in company profits. Australia's terms of trade rose by 9.1% over the quarter, accelerating a trend that has been in place since mid-2016.

A jump in iron ore and coal prices late in 2016 has helped the economy spring back to life. Australia is posting record monthly trade surpluses and is on track to post its first current account surplus since 1975 in coming months, according to some economists.

Iron-ore prices rose sharply over the fourth-quarter of 2016, increasing by more than 40% on strong demand from an improving Chinese steel industry and weaker growth in global production of the commodity.

Coal prices also climbed thanks to a drop in China's own production of the fuel, although retreated late in the year. The value of Australian coking coal surged to more than US$300 a metric ton during November, from about US$213 a ton at the start of the fourth quarter. It ended December at roughly US$250 a ton.

For Reserve Bank of Australia Gov. Philip Lowe, recovering GDP growth will fit well with his optimistic outlook for the economy and recent message to markets that interest rates will likely not fall any further.

Mr. Lowe told parliament last week it was reasonable to expect stability in interest rates this year. The central bank has signaled it's reticent to cut rates further, fearing it will add to already record levels of household debt and add to the fragility of the economy in the event of a downturn.