As interest rates rise, adjustable-rate mortgages are making a comeback

The adjustable-rate mortgage is making its comeback with rising mortgage rates, and real property prices making it more difficult to purchase a home. 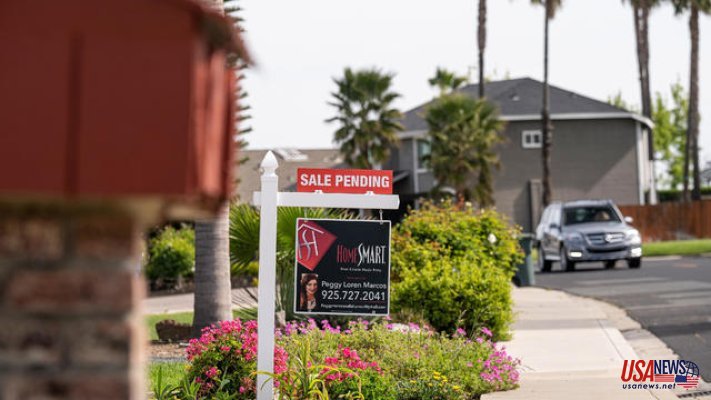 According to data from The Mortgage Bankers Association, consumer interest in ARMs is increasing and is at its highest point since 2019. According to the group, more than 9 percent of new mortgages in the past week were adjustable-rate loans. In dollar terms, ARMs accounted for 17% of all mortgage debt. As a percentage of home loans, ARMs now make up more than twice the amount it did three months ago.

Joel Kan, a MBA's chief of economic and industrial forecasting, stated in a report that "In a time of high home-price rise and rapidly rising mortgage rates, borrowers continued reducing higher monthly payments by applying to for ARM loans."

Higher interest rates are driving renewed interest in ARMs. Adjustable-rate mortgages tend to be more popular as fixed-rate interest rates rise. Today's ARMs can be described as "hybrids", meaning they offer low fixed rates for the first three to five, seven, or ten years of a loan. After that, the rate switches to variable and is usually higher.

Since the beginning of the year, the cost for a mortgage has increased as lenders expect rate increases from Federal Reserve. This is on top of double-digit home price increases, which some economists believe could indicate a housing bubble.

According to Freddie Mac, the average interest rate for a 30-year mortgage rose to 5.11% last Wednesday. This is the highest rate in a decade, and almost 2 percentage points more than the average rates at the beginning of the year. This higher interest rate means that a median-priced house will pay an extra $360 per month. Comparatively, the introductory rate for an ARM with fixed introductory periods of five years was 3.75%.

According to financial experts, ARMs are a great option for homeowners who want to sell their house quickly or who feel confident in their future income.

However, ARMs are a gamble on the future being better than the present. ARMs can be dangerous. Many ARM borrowers were unable to make ballooning payments during the 2007 housing crash. Home values had fallen so they could not refinance or sell their home. Many ended up in default and were forced to foreclose.

While ARMs are becoming more popular, they're not as common as they were prior to the housing crisis. This is because ARMs were only a third of all mortgages that were new were adjustable-rate.