RICHMOND (VA) -- Apple, the tech giant, announced Tuesday that it will sue Israel's NSO Group to stop the most infamous hacker for hire company in the world from hacking into Apple's products like the iPhone. 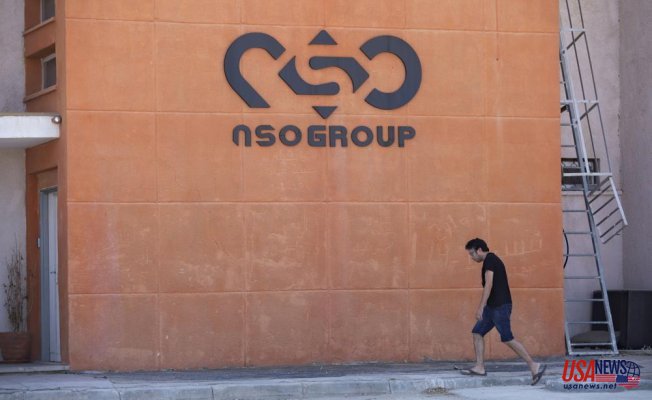 RICHMOND (VA) -- Apple, the tech giant, announced Tuesday that it will sue Israel's NSO Group to stop the most infamous hacker for hire company in the world from hacking into Apple's products like the iPhone.

Apple stated in a complaint filed before a federal court in California, that NSO Group employees were "amoral 21st-century mercenaries that have created highly sophisticated cyber surveillance machinery that invites routine abuse and invites abuse." Apple claimed that NSO Group's spyware, Pegasus, was used to attack a few Apple customers around the world.

NSO Group has denied any wrongdoing and stated that its products were used by governments to stop terrorism and other crimes. Tuesday's request for comment was not returned by the company.

This is the latest blow to hacking firm , which was recently blocked by U.S. Commerce Department. It is currently being sued in court by Facebook.

Security researchers discovered that Pegasus is being used all over the globe to hack into phones of journalists, human rights activists, and members of the Catholic clergy.

NSO Group and Candiru, an Israeli cybersecurity company, were announced by the Biden administration this month. This list restricts their access to U.S. technology and components by requiring government approval for exports.

Security researchers also revealed that Pegasus spyware had been detected on six Palestinian human rights activists' cellphones. Mexican prosecutors announcedthat they have arrested a Mexican businessman for using the Pegasus spyware in spying on a journalist.

NSO Group has been sued by Facebook over a similar exploit that intruded on its popular encrypted WhatsApp messaging app. NSO Group's attempt to throw out the lawsuit was rejected by a U.S. Federal Appeals Court.

Apple also announced Tuesday that it would donate $10 million and any damages from the NSO Group lawsuit to cybersurveillance advocates and researchers.