Apple doesn’t want to see it scrapped. Neither does Intel or Tiffany & Co.But the U.S. conflict-minerals law — which requires American public companies to avoid using minerals that fund war and human rights abuses in the Congo region —... 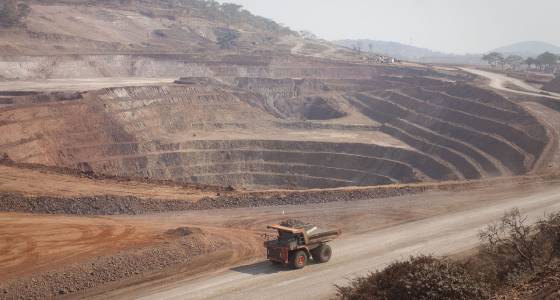 Apple doesn’t want to see it scrapped. Neither does Intel or Tiffany & Co.

But the U.S. conflict-minerals law — which requires American public companies to avoid using minerals that fund war and human rights abuses in the Congo region — is widely seen today as facing its most serious threat since its passage in 2010.

The White House is considering a suspension of the law, part of U.S. President Donald Trump’s pledge to cut government regulations and a long-held goal of the U.S. Chamber of Commerce. If that does not happen, congressional Republicans are expected to try defunding it, which they attempted last year. At the same time, federal regulators recently announced that they plan to “reconsider” the law’s scope. The acting head of the Securities and Exchange Commission, the agency that oversees the regulation, called it “a misguided rule.”

But in a surprising move, several major companies say they will not abandon the standard even if the law is gutted.

While corporations normally cheer in unison when regulations are cut, this controversial rule has prompted a different reaction.

That is because something interesting has happened since the law took effect: Companies say the conflict-minerals law has created an expectation both inside their corporate headquarters and among consumers that their products will be “conflict-free.”

They do not want to back away from that now. But they worry their efforts will be undermined without the law to support them.

“We do this because it’s the right thing to do,” Apple said in a statement about its conflict-minerals compliance. The tech giant said it plans to keep those protections “regardless of whether or not the law requires it.” Apple said it is pleading its case behind the scenes to White House and SEC officials.

Intel said it, too, was committed to “responsible sourcing of minerals” regardless of regulatory changes.

Richline, a major jewelry company, said it would remain committed to the standard “because the cause is worthy of these efforts.” Richline added that it was against “weakening or repealing a process that has already been set in motion and is just beginning to affect meaningful change.”

Such descriptions of a securities regulation are unusual, illustrating how this law, formally known as Section 1502 of the Dodd-Frank financial restructuring act, has changed corporate thinking in some quarters.

Human rights groups, too, have noted the law’s threats.

“The fact that all of this is happening right now is incredibly worrying,” said Carly Oboth, policy adviser at human rights group Global Witness.

The law relates to the trade in tin, tungsten, tantalum and gold from mines in and around Congo, which have historically been run by militias. The conflict-minerals standard was proposed by former U.S. senator Sam Brownback (R-Kan.), one of the most conservative voices in Congress. He saw the 2010 law as a way to strip the militias of an important funding source.

The law requires U.S. companies to attempt to verify that their suppliers did not buy conflict minerals. Companies then must report annually on their due diligence efforts to the SEC.

The law took effect just as companies were confronting increasing pressure to take responsibility for the actions of even their most far-flung suppliers. This fed a push for supply-chain transparency, helping firms root out potential abuses and avoid damaging headlines.

The diamond business knows this topic well. In the 1990s, jewellers faced intense criticism for “blood diamonds,” which were mined in harsh conditions to fund civil wars, mostly in West Africa. Consumers wanted no part of it. That led to an industry certification plan aimed at halting the trade.

Today, the issue is conflict minerals.

To fight the problem, a complex monitoring system was set up in Congo. Inspectors visit mines to certify they are conflict-free. Minerals are traced as they pass through the supply chain. The entire process is audited.

From the start, the law was assailed as too burdensome and expensive by the U.S. Chamber of Commerce and the National Association of Manufacturers, among others. They say it is a misuse of U.S. securities law. They also say the law is ineffective. A 2015 Government Accountability Office report found that no companies could determine whether their minerals financed or benefited armed groups in the Congo region.

But supporters of the law say that is not unexpected — companies are reluctant to state unequivocally that they do not use conflict minerals, even as they try to avoid them — and that the compliance efforts have had an effect. More than 200 mines and smelters in the Congo region have been certified as “conflict-free.”

“We have seen real change on the ground,” said Karen Hayes, senior director at Pact, a non-governmental group that co-ordinates verification efforts in Congo.

Compliance costs have been a fraction of original estimates. And Congo’s exports of the four minerals covered by U.S. law have grown in recent years, indicating there is a market for certified minerals.

“To stop now would be to greatly undermine the peace and security in Congo,” said Sasha Lezhnev, associate director of policy at the Enough Project, an advocacy group.

Several African groups, including the International Conference on the Great Lakes Region and a collection of 41 Congolese civil society organizations, recently announced their support for the conflict-minerals law.

What worries the law’s supporters is that the White House is reportedly considering gutting the measure. Groups on both sides of the issue say Trump’s administration is looking at a two-year suspension of the law. This comes after the president signed a law repealing anti-corruption rules instituted last year requiring energy companies to disclose certain payments to foreign governments.

Separately, the SEC announced Jan. 31 that it wants to see whether the conflict-minerals rule “is still appropriate” and whether companies need more relief from the rule’s obligations.

In announcing the move, Michael Piwowar, appointed by Trump as acting SEC chairperson, expressed doubts about whether the law has reduced militia conflicts or “eased the human suffering of many innocent, men, women and children in the Congo and surrounding areas.”

The SEC is accepting public comments on the rule through mid-March.

While some companies are willing to take a public stand against cutting the law, others are more hesitant. Boeing, for example, told the Washington Post that it has not yet taken a position.

Representatives from several manufacturing firms have written to the SEC to express their support for changing or repealing the law. A supplier risk manager at ArvinMeritor, which makes auto parts, wrote that compliance was difficult because the firm is so far removed from the source of the minerals. A vice-president at Neotech, which makes electronics, wrote to say the law’s value does not justify the additional cost of doing business.

But even as the fate of the law is debated, the idea of regulating conflict minerals has spread.

Last year, the European Union adopted its own version of the conflict minerals law. The Organization for Economic Cooperation and Development, a group of many of the world’s richest countries, unveiled voluntary guidelines. And a leading Chinese industry group is developing its own standard.

But companies such as Apple and Intel fear that enforcing a “conflict-free” standard may be impossible without U.S. law.

Tiffany & Co. argued against the law’s repeal because it is “an important framework for industry, laying the foundation for protection of human rights and responsible sourcing efforts in (Congo) and beyond.”

“If there’s no legal backbone to this,” said Lezhnev of the Enough Project, “that would open up some pretty significant loopholes.” 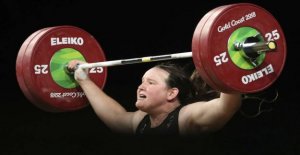 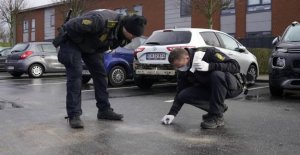 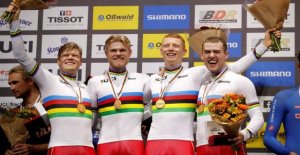