Airbnb: Why a fair tax plan for short-term home renters is good for N.J. | Opinion

By Josh Meltzer In the coming-of-age movie "Garden State," Zach Braff's character Andrew Largeman bemoans the disorienting feeling of lacking a home: "You'll see one day when you move out...You feel like you can never get it back. It's like you feel... 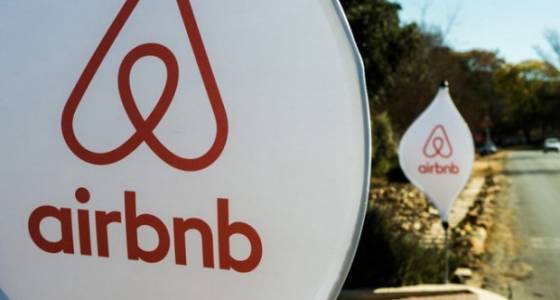 "You'll see one day when you move out...You feel like you can never get it back. It's like you feel homesick for a place that doesn't even exist. Maybe it's like this rite of passage...You won't ever have this feeling again until you create a new idea of home for yourself."

That feeling of home, of belonging, is at the heart of Airbnb's mission. We seek to build a world in which people can belong anywhere -- in over 34,000 big cities and small towns in 192 countries worldwide.

It is a sentiment rooted in the warm embrace of our host community -- including 6,100 hosts right here in New Jersey who welcomed nearly 260,000 guests in 2016, double the number from 2015. These guests are coming from across the country and around the world, with 24 percent from outside North America.

The vast majority of Garden State hosts are middle class New Jerseyans who share their homes occasionally to pay for their mortgage, medicine, and student loans, or save money for retirement or a rainy day. In fact, last year, the typical host shared their home for fewer than 4 days a month, bringing in $6,200 to help make ends meet.

Of course, supplemental income for Jersey families is but one of many benefits of the home sharing economy. Airbnb also boosts the broader economy of neighborhoods from the Jersey Shore to Jersey City, with an average of 35 percent of guest spending occurs in the neighborhood where they stay, bringing economic benefits to small businesses well beyond the traditional tourist hotspots.

Furthermore, home sharing has the potential to fund critical public services. In 2015, Jersey City became the first city in the Tri-State area to embrace home sharing, with legislation that extended the city's 6 percent hospitality tax to short term rentals, a step that is estimated to yield up to $1 million in revenue this year alone. Worldwide, Airbnb has already collected over $175 million in taxes in over 220 jurisdictions.

Current state law prevents us from collecting these taxes in New Jersey. That's why we are proud to support Assemblywoman Annette Quijano's (D-Union County) bill (A4587) that would level the playing field by extending lodging taxes to short-term rentals. In addition, the bill would authorize Airbnb and other platforms to remit those taxes on behalf of our community, as we already do in more than 220 jurisdictions worldwide.

In addition to working with governments to collect taxes, Airbnb has worked with countless cities and towns -- including many in New Jersey -- on regulations that suit the unique needs of their communities.

Unfortunately, another bill (A4441 ) currently making the rounds in Trenton would replace the flexibility currently enjoyed by Garden State municipalities with a top-down, one-size-fits-all approach to home sharing.

That bill, introduced by Assemblywoman Valerie Huttle (D-Bergen County), would eliminate the rights of cities and towns to regulate -- or not regulate -- home sharing as they see fit, instead imposing an onerous registration system and a severe cap on the number of nights that residents can share their own homes.

This bill does not further the interests of middle-class New Jerseyans who rely on home sharing to make ends meet, or the countless local businesses that have benefitted from the growth in home sharing. Instead, it represents one of the most anti-home sharing bills ever proposed in any state capital in the U.S. -- one that will undermine the growth of economic opportunity and intrude on the decision making of cities and towns from Wildwood to Wantage.

Airbnb looks forward to working with the Legislature to ensure that our community pays its fair share of taxes, while resisting burdensome regulations that threaten to tie New Jersey hosts who are simply trying to make ends meet in an endless mountain of red tape.

Josh Meltzer is the head of Northeast Public Policy for Airbnb.