Wuhan record for the first time, no new infections

For the first time since coronavirusudbruddets start is zero persons the past day registered as infected in the virus's original epicenter, megapolis Wuhan in 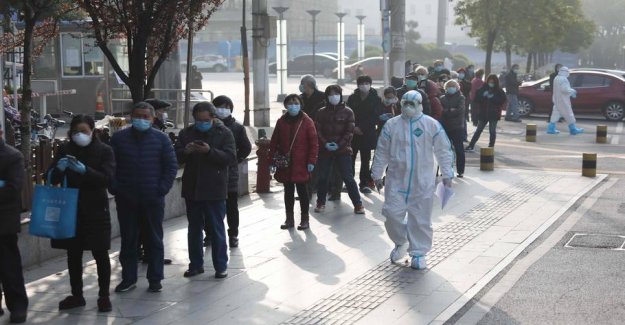 For the first time since coronavirusudbruddets start is zero persons the past day registered as infected in the virus's original epicenter, megapolis Wuhan in China.

It is also the first time since the outbreak, China has not detected any infected in a day among long-term citizens.

the 34 persons have been registered as infected in mainland China the past day, but none of them come from China.

thus, It is positive news for China's struggle against coronavirusset, which has cost 3245 persons life in mainland China. The vast majority of them are from Hubei province, where the city of Wuhan is located.

Mainland-China has detected eight new deaths in the past day.

In south Korea, the hardest-hit asian country, after China, is the number of confirmed smittetilfælde increased for the third day in a row.

It shows the figures from South korea's Center for disease Control and Prevention, writes the news agency dpa.

152 persons registered as infected the past day, and seven persons have died in the same period of time as a result of the virus.

It brings the total number of smittesager in south Korea up at 8565. Of which over 1500 have been reported as healthy again.

The recent increase in the number of registered smittetilfælde comes after a several-day-long period of decline of new smittetilfælde in south Korea.

According to a statement of Johns Hopkins University is over 218.000 registered as infected worldwide. Many countries don't test everyone with flu symptoms for coronavirusset, and therefore the real number of the infected will be much higher.

Over the 8800 is reported died worldwide as a result of the disease Covid-19, as you get out of coronavirusset.

While China has registered the most number of dead, Italy has almost as many with 2978 registered deaths.