Woman stabbed with a knife: Run away by ambulance

Police on Friday morning massively present on the Landommervej in Copenhagen's Northwest area, after they have received a notification about the stabbing. I 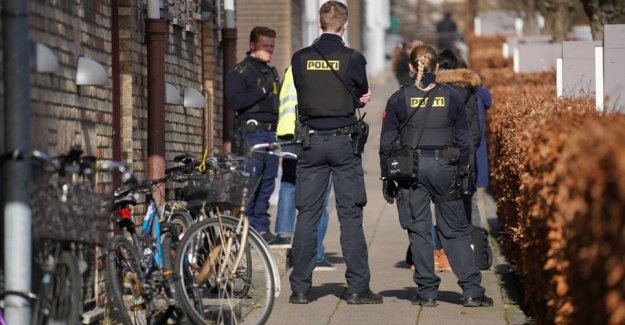 Police on Friday morning massively present on the Landommervej in Copenhagen's Northwest area, after they have received a notification about the stabbing.

I have been told that this is a woman who has been stabbed and is on the way to the hospital, says the Copenhagen Police vagtchef Thomas Hjermind.

It is not yet possible to determine the woman's condition.

- the Police are just now out and cordon off the area so that they can investigate further, says Thomas Hjermind.

Police are looking right now for the offender.

It is too early to say when the barrier will be lifted, informs vagtchefen.

the Stabbing of Landsdommervej in Copenhagen's Northwest, where the police are massively present. Photo: Anthon Unger