Wild hyperbil to almost 20 million: Can you recognize the name?

Italy is among other things known for being the homeland of exotic car brands like Lamborghini, Maserati and Ferrari. Although the three brands have built man 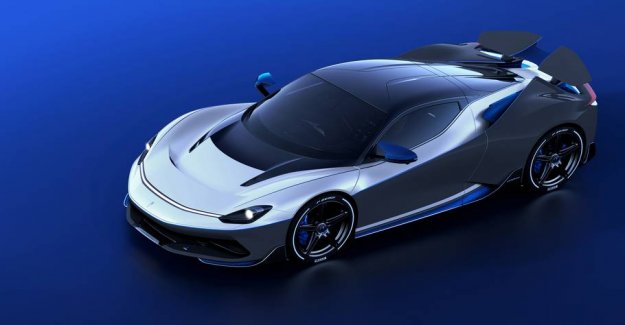 Italy is among other things known for being the homeland of exotic car brands like Lamborghini, Maserati and Ferrari.

Although the three brands have built many wild cars over the years, it is now a completely different car manufacturer, which has launched the most powerful car, which Italy has ever built.

And even though the new hyperbil not sourced from some of the most well-known car manufacturers in Italy, so the name will probably still have the most avid bilfans to recognize.

Automobili Pininfarina is the company called behind, and the new model is called Battista Anniversario. It does it because it is named after the legendary designer Battista 'Pinin' Farina', which became known as the Pininfarina, which has designed beautiful cars among other Ferrari.

the Wings on the back to give hyperbilen more downforce. Photo: PR

Pininfarina Battista is an electric vehicle with four electric motors, which together provide the whole of the 1900 hp and 2300 Nm.

There will be hand-built five copies of the Italian hyperbil, and the price is 2.6 million euros, corresponding to 19,4 million euros.