Valencia: 35 percent of the squad is infected with the corona

Over a third of the players and coaching staff around Valencia's first team are infected with the coronavirus. 35 percent are infected, notify the Spanish fo 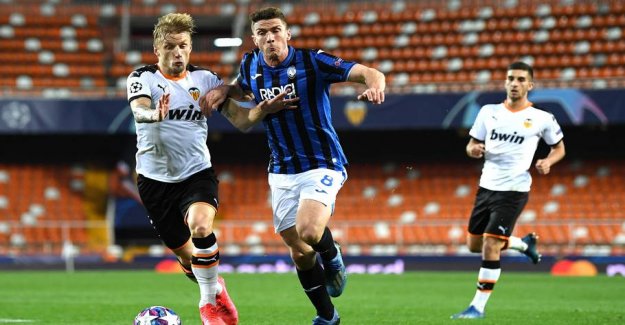 Over a third of the players and coaching staff around Valencia's first team are infected with the coronavirus.

35 percent are infected, notify the Spanish football club on its website Monday evening.

Everyone in the club has been tested, and according to the Swedish newspaper Aftonbladet are nine persons infected with the coronavirus.

were already five people in Valencia are infected, so it brings the total number to 14. All the infected as well as the rest of the squad and the staff is quarantined.

Daniel Wass is a part of the squad at Valencia, but the dane has not been reported as infected. Many of the names of the infected have not come forward in the public light.

Valencia describes a scenario in which the spread of infection is put in the context of the team's two matches against the Italian Atalanta in the Champions League.

The first match was played 19. February in Milan - an area that later became known as a risk area in relation to coronavirus.

Atalanta played well in the march out against Valencia in a match which was not allowed spectators on the battens.

the Valencia stopper Ezequiel Garay was the first football player from the best Spanish series that was officially tested positive for the coronavirus.

The 33-year-old argentine confirmed on Sunday on his Instagram profile that he was suffering.

- I have it very good, but now I must follow health authorities ' advice and remain in isolation, wrote Garay.

already he is out with a knee injury in the rest of the season.

Then announced Eliaquim Mangala that he was also infected. According to the Spanish Marca's Jose Luis Gaya a third player with the infection.

The Spanish league is currently set for a period of two weeks to combat the spread of coronavirus.