Volvo Cars and Volvo AB, there are two different companies, sending more than 45,000 employees home, informs the companies according to the Swedish media. Vol 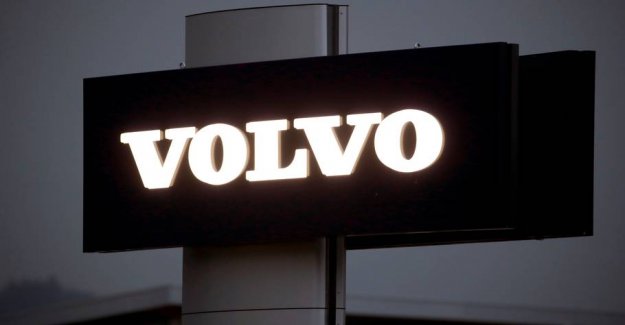 Volvo Cars and Volvo AB, there are two different companies, sending more than 45,000 employees home, informs the companies according to the Swedish media.

Volvo Cars, owned by the chinese company Geely and manufactures passenger cars, will be closed from the 26. march 14. april.

It's going to affect 25,000 employees in Sweden. There will be no layoffs.

- the Aim is to relieve the effects of coronavirus, to protect our employees and to reduce the impact of the entire enterprise, "says Volvo Cars' chief press officer, Stefan Elfström.

Volvo AB, which is first and foremost known for its production of trucks, sends 20,000 employees home indefinitely from Monday.

- We must find a balance in the discussion about the effects of Covid-19 in order not to harm the citizens, on the one hand, and the Swedish economy, on the other, says Volvo AB's chief press officer, Martin Lundstedt, according to TT.

returning in Volvo AB must not work from home, but to stand for the availability of the company. Under the involuntary leave of absence lowered their salaries by 7.5 percent. For the employees of Volvo AB's management lowered wages by 20 percent, reports SVT.

Volvo AB's production is already stationary at the factories in Belgium and France. The company has production in 18 countries and dealer in 190 countries. It is considered to continue, whether the work should be stopped in other countries.

The 25,000 employees at Volvo Cars to be sent on so-called short-term work.

short-term work is one of the of the Swedish government's kriseindgreb to counter the effects of coronaviruses. This makes it possible to send the employees home and to get a refund of half of the salary costs from the state.

the Closure will also affect the Volvo Cars factories in Belgium and the UNITED states.