Three new middle-eastern countries are hit by the coronavirus

The infectious coronavirus, which has been in eruption for nearly two months, continues to spread to new countries across the globe. Monday, three new countri 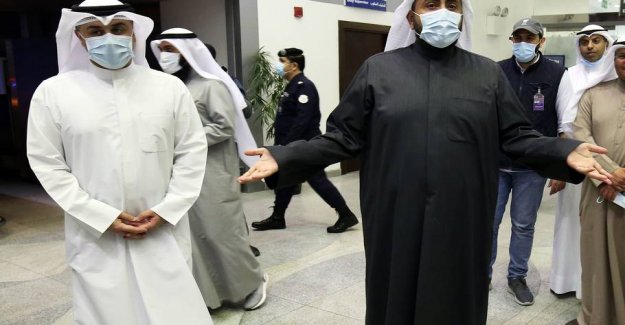 The infectious coronavirus, which has been in eruption for nearly two months, continues to spread to new countries across the globe.

The case of the three middle eastern countries, Afghanistan, Bahrain and Kuwait.

The afghan minister of public health, Ferozuddin Feroz, reports that one out of three patients who were suspected to have the virus, have tested positive. The person is from the western province of Herat, bordering Iran.

Coronavirussen has hit hard in Iran. Here is a total of 12 persons on Monday confirmed to have died as a result of the virus.

In Kuwait, the authorities have announced the country's first three cases.

- Tests that were performed on people who have come from the iranian city of Mashhad, shows that there are three confirmed cases of the coronavirus, informs the Kuwait ministry of health, in a statement on Twitter.

The case of a 53-year-old man from Kuwait, a 61-year-old woman from Saudi-Arabia and a 21-year-old stateless arab. It writes the AFP news agency.

In Bahrain is one tested positive. It informs the country's health ministry.

as the Ministry informs, to a 'citizen, who arrived from Iran, was suspected to have been infected with the virus based on the symptoms'.

the Patient was transferred to a health center immediately to be examined. Here it was confirmed that the person was infected.

The widespread outbreak of coronavirus began in megapolis Wuhan in the central part of China at the end of december last year.

the Virus has since been found in over 30 different countries.

Although the authorities in Wuhan had previously decided to let the more able-bodied citizens leave the city, is the decision on Monday afternoon local time been withdrawn.

It is because the decision had not been approved from the higher place, informs the local government according to the news agency dpa.

In total, almost 80,000 people have been infected with the coronavirus, and around 65.000 of them is in Hubei province, where Wuhan is located. Over 2600 people have died as a result of the virus.

There are not yet confirmed any cases of coronavirus in Denmark.