The waiting time finish: OLYMPICS-tickets on the way

the marathon runners Thijs Nijhuis and Abdi Ulad is finished with walking around in the dark about their olympic fate. After waiting in uncertainty for a long 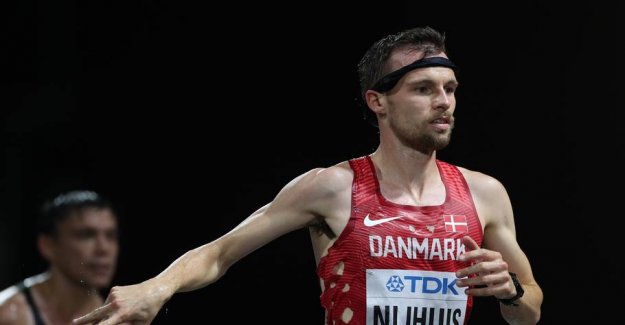 the marathon runners Thijs Nijhuis and Abdi Ulad is finished with walking around in the dark about their olympic fate.

After waiting in uncertainty for a long time they can begin to organise the training in order to run the classic distance on the last day of the OLYMPICS, so 9. august.

Although both with the times 2.10.57 hours and 2.11.03 hours, you have managed to get under the tidskravet on 2.11.30 hours, respectively, for three and a half week ago and three and a half month ago, they have been waiting to be issued OLYMPIC ticket.

Only the deceased Henrik Jørgensen, who in his time won the London Marathon has with 2.09.43 hours the course faster than the next two OLYMPIC runners.

It has been shown that more than expected have coped with the requirement, so maratonløbene for men and women has, until yesterday Monday on the paper has been overbooked.

Now, it has been decided that all on a so-called filtered leaderboard containing a maximum of three runners per. country - will be allowed to run the historic 42.195 km, if tidskravet are met.

It has been possible to extend the classes, because maratonløbene to avoid a repetition of the scandalous WORLD cup marathons in Qatar last year have been moved away from Tokyo.

OLYMPIC organizers have because of the prospects for the 'extreme heat' during The Olympic Games moved maratonløbene 800 km north to Sapporo, in 1972, was the host city of the Winter OLYMPICS.

It was not because there wasn't space for a larger box in Tokyo's streets, to the number of participants was set to 80, but it was about that there would not be enough seats in the OLYMPIC city.

the Danish sports Federations have a last word to say, but the two marathon runners will be OLYMPIC approved at the next board meeting.

See also: Dane with crazy holding: - It is absurd

See also: Have miscalculated: Waiting for the OLYMPICS-letter