The uk will isolate vulnerable people in three months

In the united kingdom are invited, 1.5 million of the most vulnerable citizens to stay at home for the next 12 weeks. It is to protect them against coronaviruse 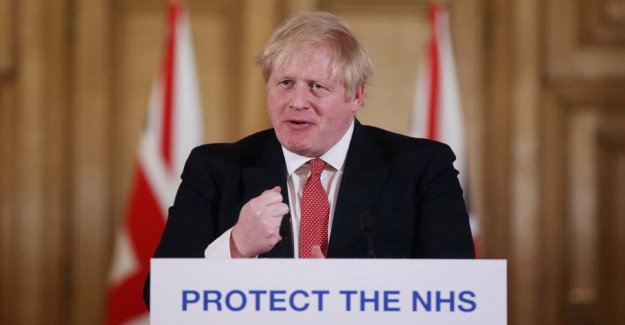 In the united kingdom are invited, 1.5 million of the most vulnerable citizens to stay at home for the next 12 weeks. It is to protect them against coronaviruses.

that is How it sounds at a news conference on Sunday, where, among other things, the british prime minister, Boris Johnson, to participate.

- today we need to go a step further and protect the most vulnerable people, says interior minister Robert Jenrick at the press conference in follow Reuters.

The british health authorities will in the coming days take contact to the concerned citizens.

at the same time, warns Boris Johnson, the british people, to more stringent measures can be taken in use, if not people keep distance to each other.

Bars, nightclubs, and gyms have already closed. More pictures on social media, however, has shown that people use the parks to collect herself. Here is the rule about a distance of two meters allegedly not complied with.

- You have to follow the advice about keeping a distance of two metres. Otherwise, there is no doubt that we will need to develop additional measures, said the prime minister at the press conference.

Although he is talking about tougher measures, so is he restrained in comparison to an outright curfew for the british.

the authorities will wait for the right time, so it can get the maximum effect, it said.

He added according to German news agency dpa that he was aware that people have a need for fresh air and exercise. He warned at the same time that the fresh air does not make people immune to the virus.

He also says that the country must get hold of many more life-support machines for patients who are going to be in critical condition.

on Sunday, increased the number of persons found infected with the coronavirus in the country to 5683. It is 600 more than the day before.